“I never really thought of myself as being the ‘only female’. I think we really need to remove that mindset from the situation because otherwise, we’re always going to be singling ourselves out. Mentally, that can play mind games with you.” 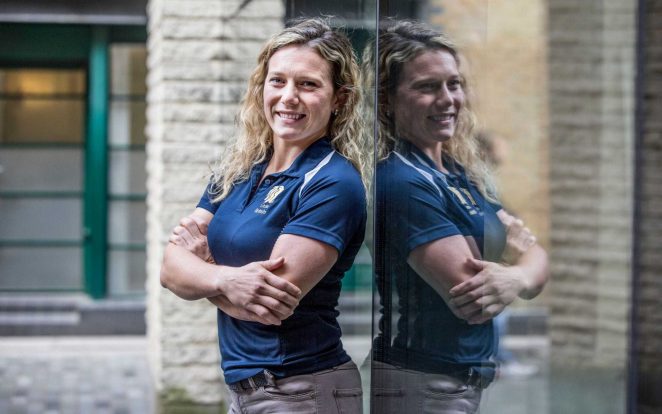 Britain’s first female NFL coach, Phoebe Schecter, is an inspiring sportswoman. She joined the Buffalo Bills as their Coaching Intern, before being appointed the Tight Ends Coach for the successful American Football team. Continuing her incredibly successful career, Phoebe was later named the Community & Grassroots Project Manager for NFL UK.

From such influential positions, Phoebe has changed the face of American Football. She continues to inspire budding female coaches across the globe, proving that a male-dominated environment is just lacking female influence.