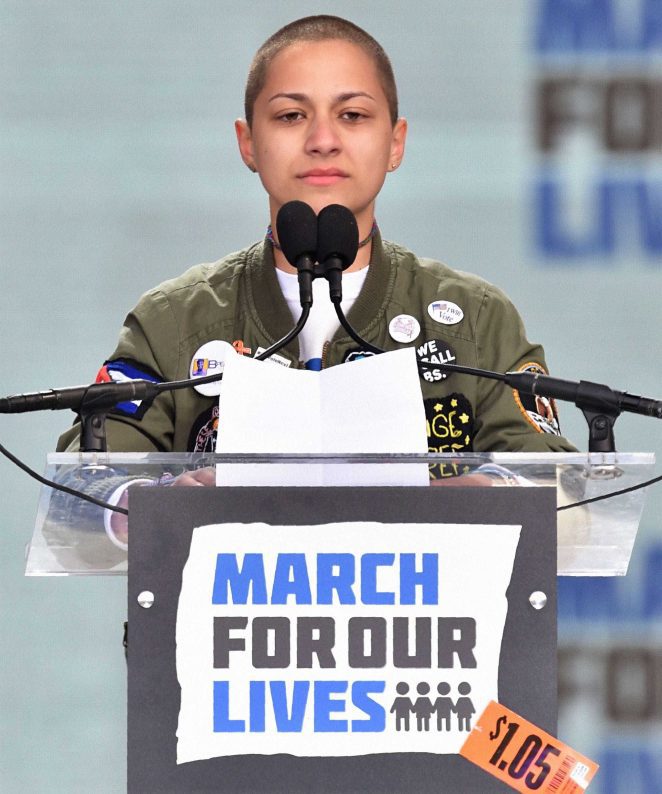 When her school was invaded by a gunman who killed many of her friends, she stood up to let the world know that she and her classmates demanded change. She brought the world to tears with one of the most courageous speeches of our time.

Still leading the fight, with her dedicated team, against gun laws, Emma Gonzalez will not be going away anytime soon.