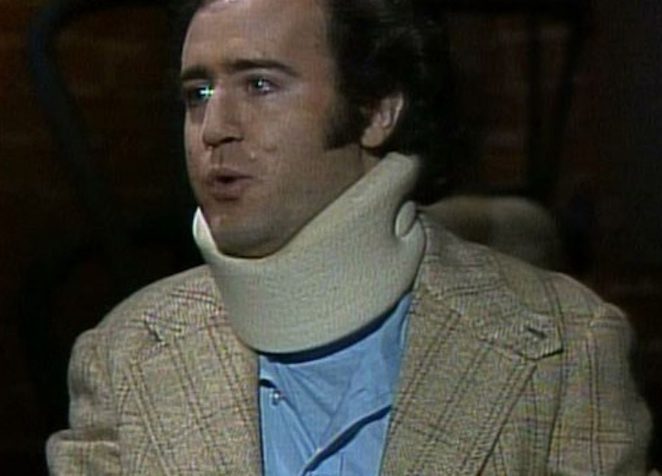 Andy Kaufman was one of the most frequent hosts of SNL early on. By 1982, he had quite a controversial stage age that turned him into a polarizing figure. SNL had a phone-in poll in January 1983 that asks voters whether to keep him or dump him. With 195,544 to “dump” him and 169,186 to “keep” him, the audience’s opinion was heard.