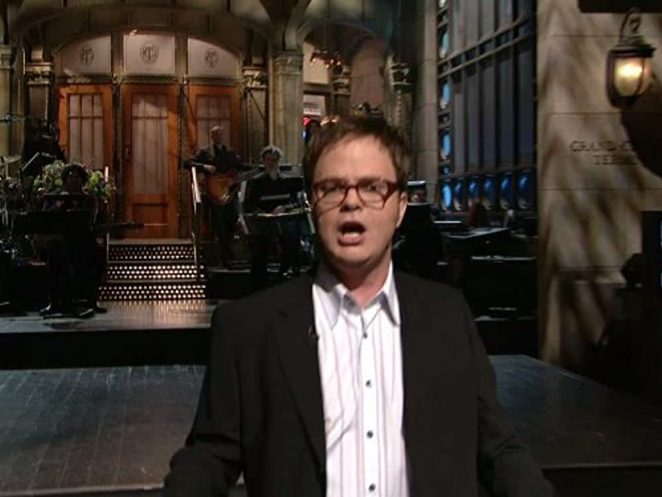 A 2007 episode of the show featured host Rainn Wilson in a sketch with cast member Bill Hader. In the skit, Hader reminisces about his character’s father and says: “He loved this song. I remember we had this one great day at the park. We just had so much fun. He was running in the grass and chasing squirrels. They had this fountain and we threw pennies in it for hours. So great. It was the first day that I ever thought to myself: ‘I have a dad. And not that I have a dad with Down’s syndrome. He loved crayons.’” CEO of the National Down Syndrome Society Jon Colman criticized the sketch and it was later censored.