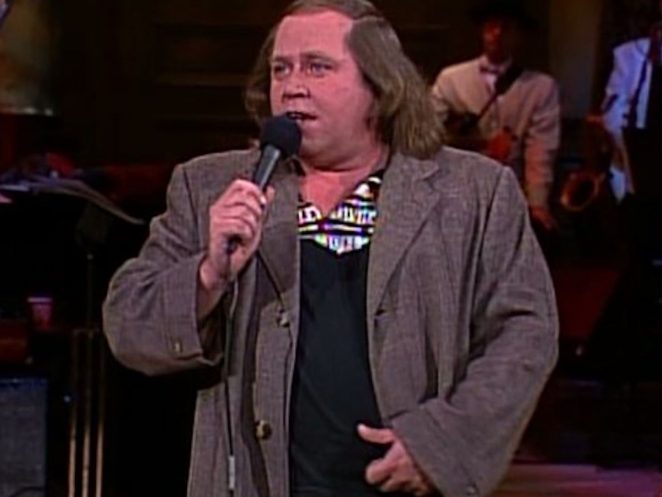 Comedian and actor Sam Kinison was featured in an episode on October 18th, 1986 where he performed a stand-up routine. His bits were controversial, as he was encouraging legalizing marijuana. When he said: “You can’t get any more pot. If you give us back the pot, we’ll forget about the crack,” his joke violated NBC policy at the time. He later made a joke about the Crucifixion. His jokes were edited out by the show.