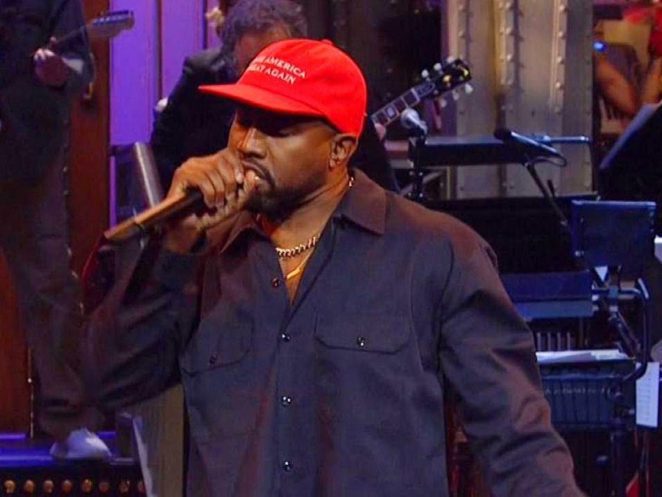 Kanye West was the musical guest on the September 19, 2018 episode of SNL. He sported a “Make America Great Again” hat while performing the end credits. After the performance, he went on a rant about the “liberal media” that attacked President Donald Trump as well as Kanye’s own presidential bid. He was booed by the audience and he accused the cast of bullying him for supporting Trump.