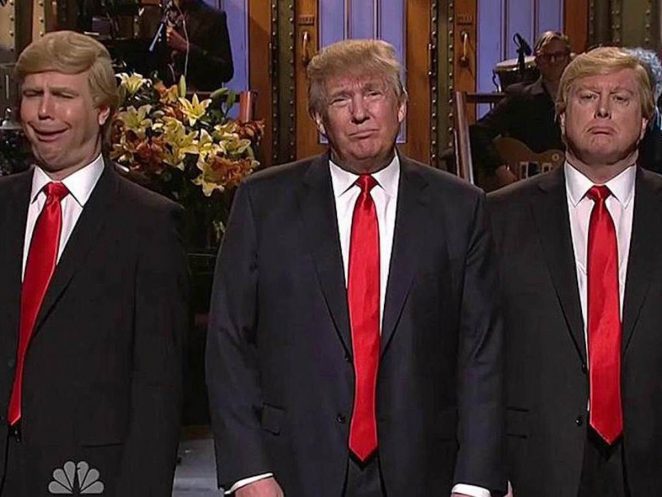 Donald Trump was invited to host SNL for a second time right in the middle of his 2016 presidential campaign. His appearance caused a lot of controversies, backlash, and protests. He appeared for a total of 12 minutes on the show due to the equal-time rule, but the episode drew in 9.3 million views, a 4-year view at the time. He has not been invited back after winning the election and we have a feeling he won’t be invited back soon.