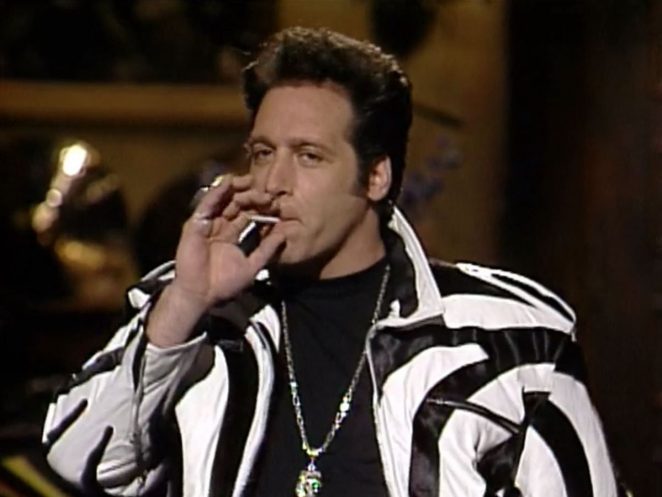 When it was announced that Andrew Dice Clay would host an episode in 1990, cast member Nora Dunn said she was boycotting in protest. She believed that he was misogynistic. When he was on stage, he was heckled by many audience members who were then removed by security. Dunn’s contract was not renewed that year. Sinead O’Connor was meant to be the musical guest for that episode but she refused to perform if he was hosting.