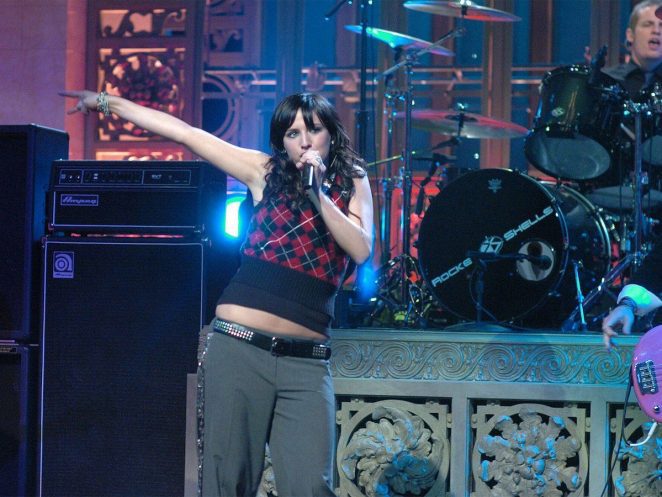 Ashlee Simpson was the musical guest on the October 23rd, 2004 episode of SNL. After performing her song “Pieces of Me,” and moving on to her song “Autobiography,” the vocals for “Pieces of Me” started playing, making it obvious that she was lip-syncing. She did an impromptu jig and left the stage. She said due to severe acid reflux disease, she was advised by a doctor not to sing live. She is the only musical guest to walk off stage in the middle of a performance. She was allowed to come back a year later in 2005 and she performed without any incidents.