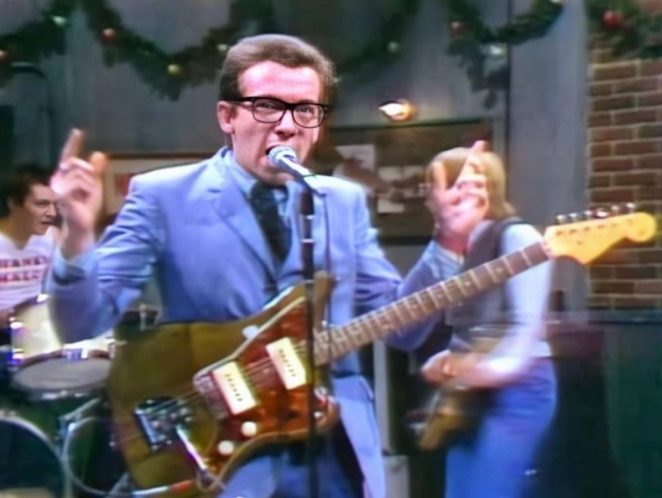 Elvis Costello was the musical guest on the December 17th, 1977 episode and he was scheduled to play “Less than Zero,” as chosen by his record label. He didn’t want to perform that song, thinking it wouldn’t make an impact on an American audience. After a few bars of the song, he stopped, told the audience “there’s no reason to do this song here,” and the band started to play the song “Radio Radio.” He was not invited back to the show until 1989. He even parodied the event on the 25th anniversary of SNL.