Forbes predicts that Nokia will win the cellphone wars in 2007. It was that same year that Apple released the iPhone ? 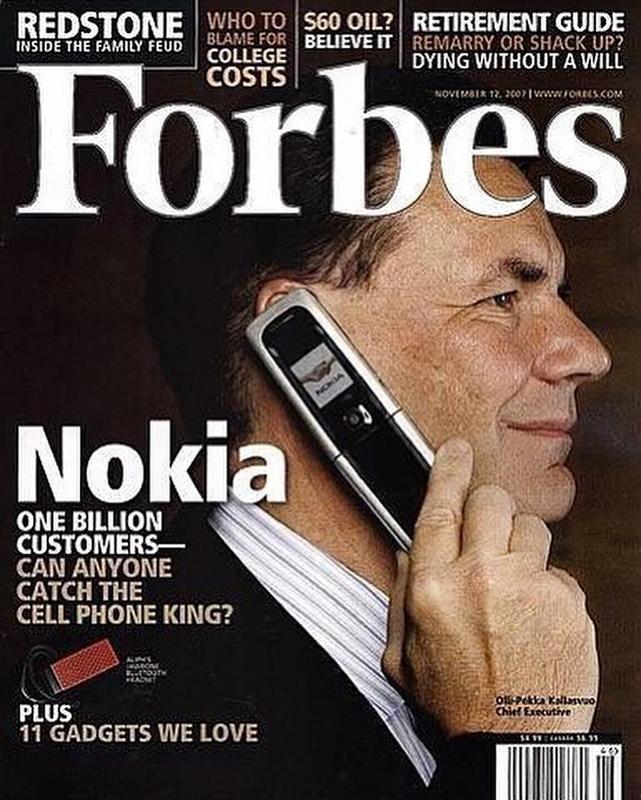 Today, there’s really only a couple of cell phone styles, but in the 2000s consumers were inundated with all different types of designs – from flip phones, to sliders, Blackberries, and Sidekicks. It was the Wild West of cell phone technology basically.

When this Forbes cover was released it makes sense that Nokia was seen as the leader in cell phone technology. Apple had only released their first iPhone in 2007, and Nokia had at least a decade on them in terms of market saturation.

It’s fascinating to see how off base this magazine cover was, but we totally get why they put it out.