Americas favorite sweetheart couple, Jennifer Aniston and Brad Pitt on a date in Los Angeles before Brad left her for Angelina Jolie ? 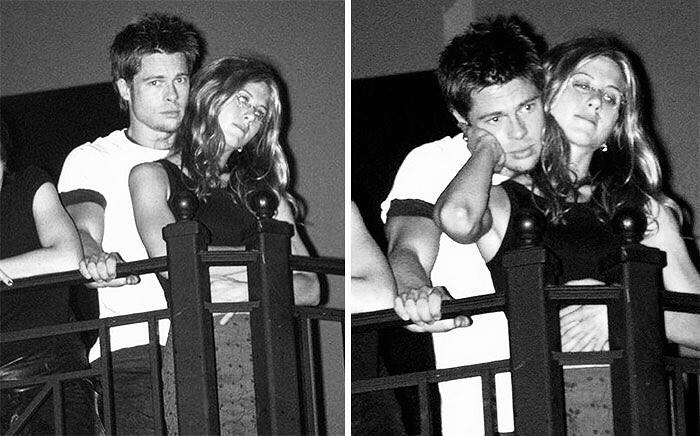 General consensus says that a decade tends to stretch out for a few years past its welcome. The early ‘90s look like the late ‘80s, and the early aughts look like the late ‘90s. So it makes sense that the final coffin nail in the ‘90s was hammered in 2005 when Brad Pitt and Jennifer Aniston officially announced their break up.

The star crossed celebrities got together in the late ‘90s, and rumors of their break up began in 2004 after reports that Brad was hooking up with Mr. And Mrs. Smith co-star Angelina Jolie. In January 2005 the couple released a joint statement announcing their divorce. It read in part:

For those who follow these sorts of things, we would like to explain that our separation is not the result of any of the speculation reported by the tabloid media. This decision is the result of much thoughtful consideration. We happily remain committed and caring friends with great love and admiration for one another.

The divorce would not be finalized until October of that year, by then Pitt was reportedly already dating Jolie.