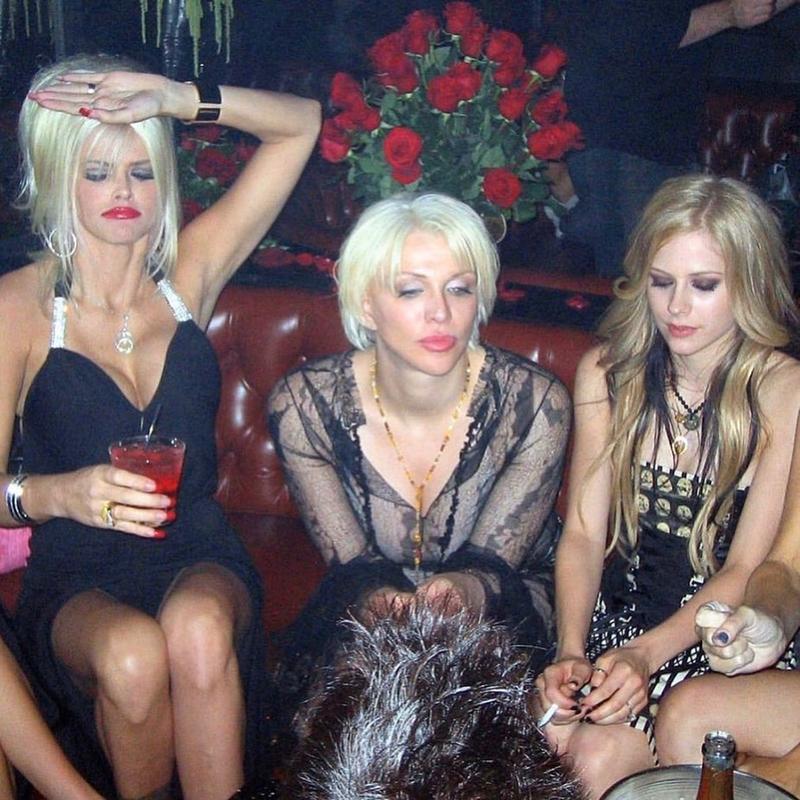 The 2004 World Music Awards after party in Las Vegas must have been off the chain. Lavigne was riding high after taking home awards for World’s Best Pop/ Rock Artist and World’s Best-Selling Artist: Canada, as well as her then-recent hit single “My Happy Ending,” while Love was cutting loose after the release of her first solo album.

To be a fly on this table, you know? We honestly can’t think of three people who have less to do with one another. At least Lavigne and Love can chat about the music business, but what would Smith have to add to the conversation.

Unfortunately, Smith passed away in 2007 so we’ll never really know what was going on here.