Heath Ledger behind the scenes while filming “The Dark Knight” (2008) ? 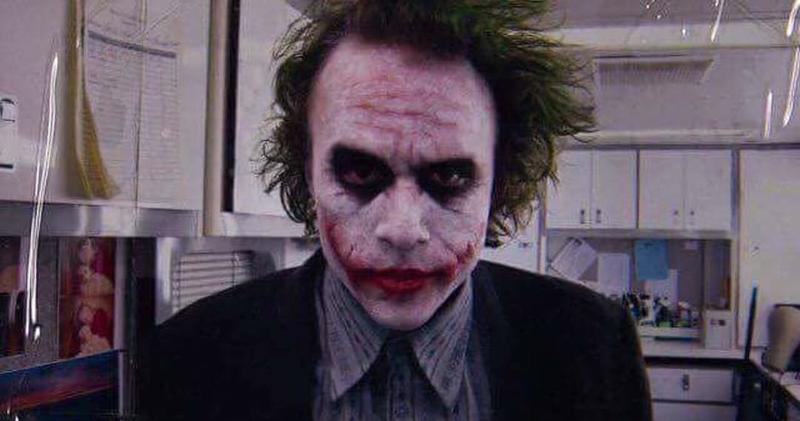 It’s unfortunate that we lost so many stars in the 2000s, but one of the most startling deaths occurred following Heath Ledger’s turn as the Joker in Christopher Nolan’s The Dark Knight.

Ledger is absolutely electric onscreen, and according to his co-star, Christian Bale, Ledger pushed him to the edge while filming. But Bale is quick to note that when Ledger was out of his makeup he was just a regular guy. He explained:

Our first scene was in an interrogation room together, and I saw that he’s a helluva actor who’s completely committed to it and totally gets the tone that Chris [Nolan] is trying to create with this. We’re not going for actors revealing their enjoyment of playing a wacky caricature. We’re treating this as serious drama. You go into character and you stay in the character. I love that. I find that so ridiculous that I love it, and I take that very seriously. Heath was definitely embracing that. When he was in the makeup and the garb he was in character the whole time; and when he took it off he was absolutely fantastic company to be around.