A 106-year old Armenian woman protecting her home with an AKM, 1990 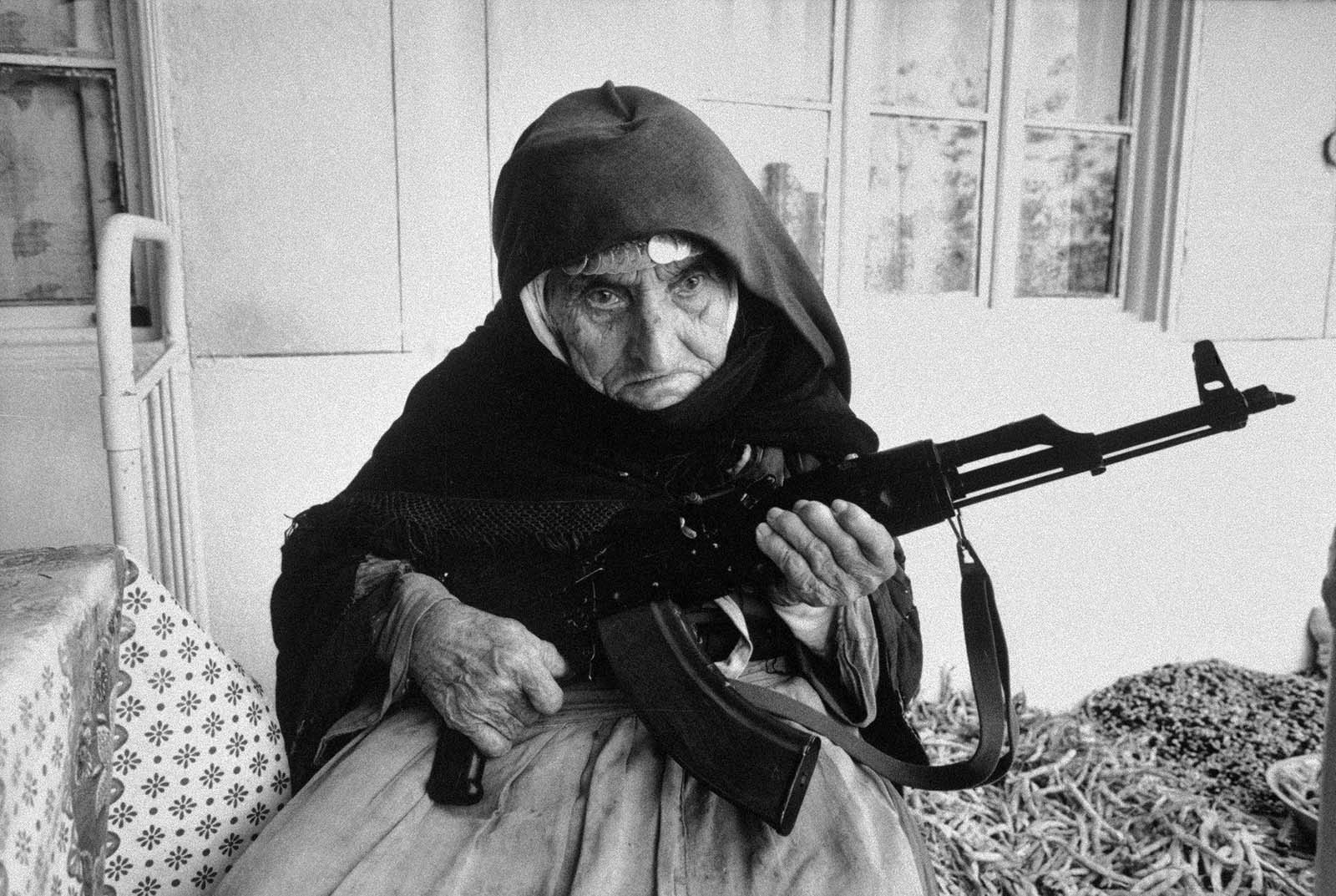 A 106-year-old Armenian woman sits in front of her home guarding it with a rifle, in Degh village, near the city of Goris in southern Armenia. Armed conflicts took place in and around nearby Nagarno-Karabakh, a territory in Azerbaijan also claimed by Armenia. The Nagorno-Karabakh War displaced hundreds of thousands of people from their homes.

This is a tough elderly Armenian woman here. At around age 10 she likely lived through the Hamidian massacres of 1894-1896. Then, around age 30, her people went through the second round of Armenian massacres at the hands of the Ottoman government (1915-1923). Only a few short years later, Armenia was invaded by the Turks and the war ended with Armenia being incorporated into the ever so pleasant Soviet Union. Once that period ended and she was an old lady ready to pass away after a long life full of hardships and violence, Armenia became involved in a very bloody war with her next door neighbors the Azerbaijanis. It puts all of our “problems” into perspective.