Three dead Americans lie on the beach at Buna, 1943 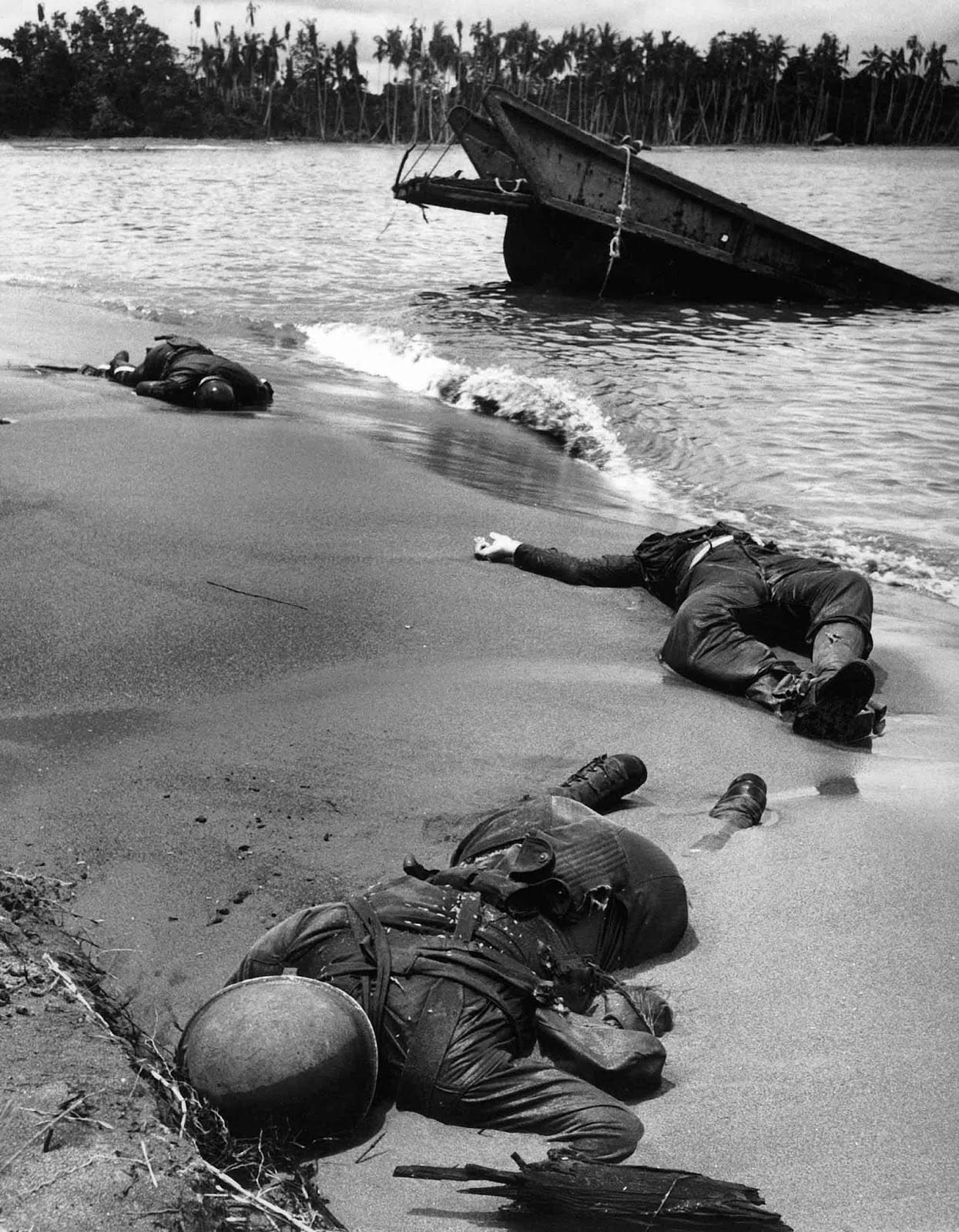 At a time when censors used a heavy hand to keep the American public from knowing and seeing the carnage in the Pacific during World War II, this ground-breaking photograph of dead American soldiers confronted the American public for the first time with the real face of the war. It showed the bodies of three American soldiers who had been killed on Buna Beach in New Guinea. Though none of the men were recognizable, the photo was arresting in its stark depiction of the stillness of the death, and then shocking when it became clear on second glance that maggots had claimed the body of one of the soldiers faced down on the sand.