Ayesha Bakhsh is one of the renowned anchors of one of the top-notch and leading private news channel of Pakistan “Geo News”. Bukhsh was born on 4 July 1981, in District Lahore, Punjab, Pakistan. She is the daughter of Mian Mohammad Bakhsh and Rubina Bakhsh. She studied at Fatima Jinnah Women University, Rawalpindi and was granted masters degree in Communication Sciences. Before working for Geo news she worked as an anchor on Ary news. 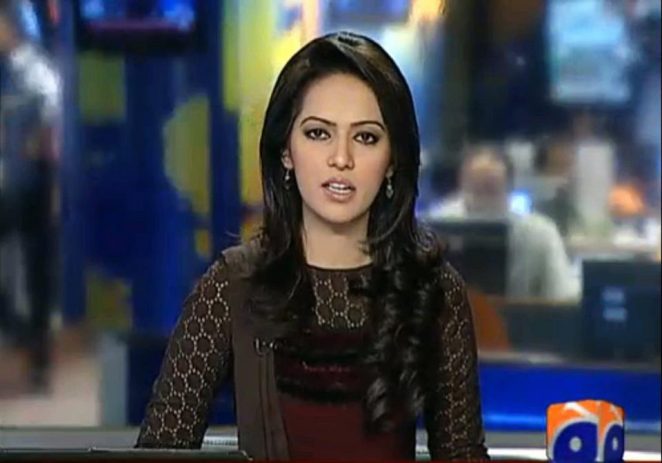 Later on, in January 2007 Ayesha joined Geo Television and is currently Pakistan’s Geo TV’s Senior Newscaster. Her first appearance on television as an anchor was on Geo’s program, “Nazim Hazir Ho.”. She also hosted “Crisis Cell”, “Aaj Kamran Khan Kay Saath” and “Laakin” in absence of their permanent hosts. In 2012, She won the Best News Caster Female at 3rd Pakistan Media Awards.