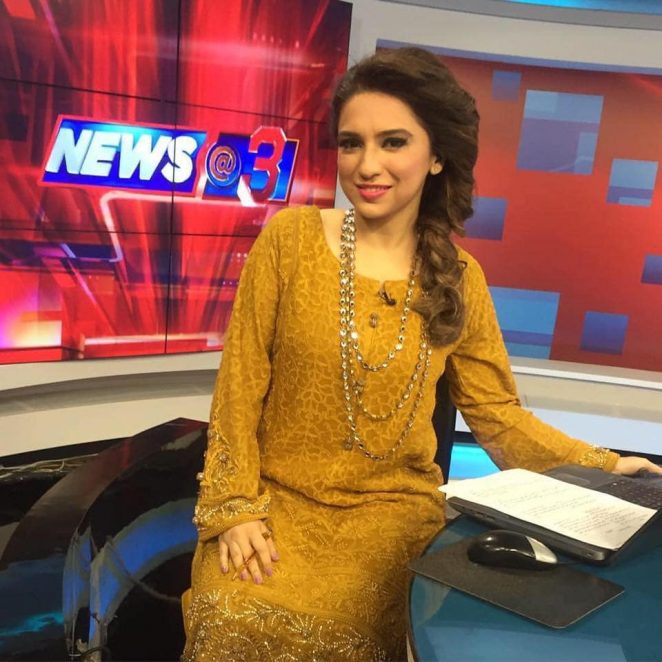 Maria Memon is a newscaster and anchor person in Geo tv. She is a talented confident and beautiful girl in media. Maria has been working for geo tv since 2008 and now she is top of the anchors. She is graduated in software engineering but she wanted to be a doctor. After graduation, she started to work as an HR consultant and joined Geo tv b as a program coordinator for Geo English but the project she assigned got canceled. 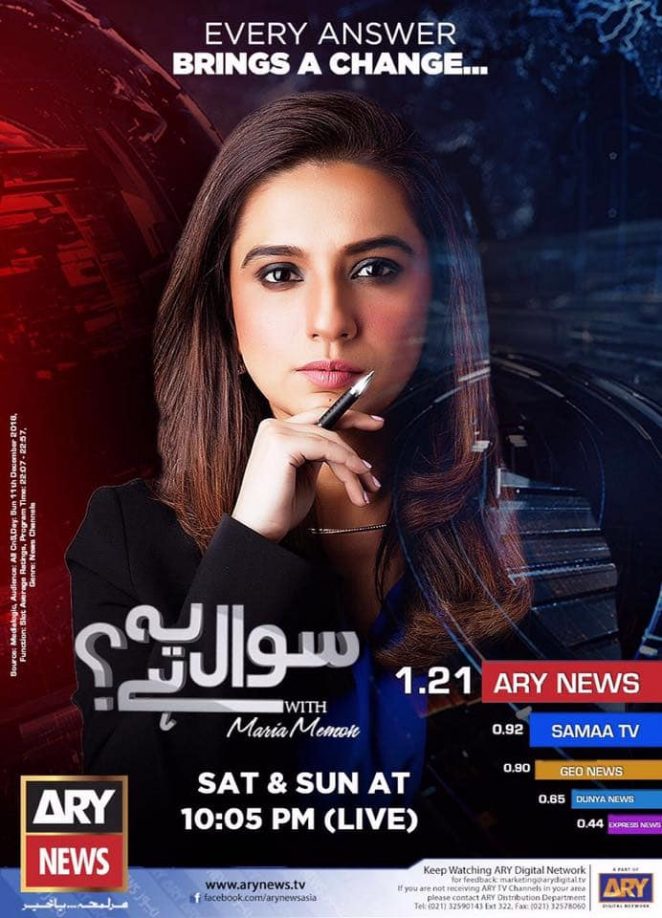 Later the bureau chief of Geo tv sent her to the newsroom from where she started her journey. Christiane Amanpour (CNN anchorperson) is her favorite anchor person she is someone to whom she looks up to. She do follow her work and someday she wish to do the glorious job like her. Initially, Maria hosted the program ” Mere Mutabiq” actually that program gave her confidence to prove her skills in media.