Imagine how nerve-racking trying to date Laila Ali would have been. If her father didn’t knock you out, she could do it just as easily. The daughter of Mohammed Ali, Laila has achieved sporting success in her own right, having an eight-year boxing career without a single defeat. And despite retiring in 2007, with a reach of 70.5 inches you’d still better stay out of her way.
Laila began boxing at the age of 18, despite her father telling her it was too dangerous. After retirement she has still stayed in the public eye, appearing on and hosting numerous TV shows. Not only that, Hulk Hogan credits her with saving his life, saying that she phoned him up while he was suicidal and talked him out of it. Or maybe just threatened to beat him up. 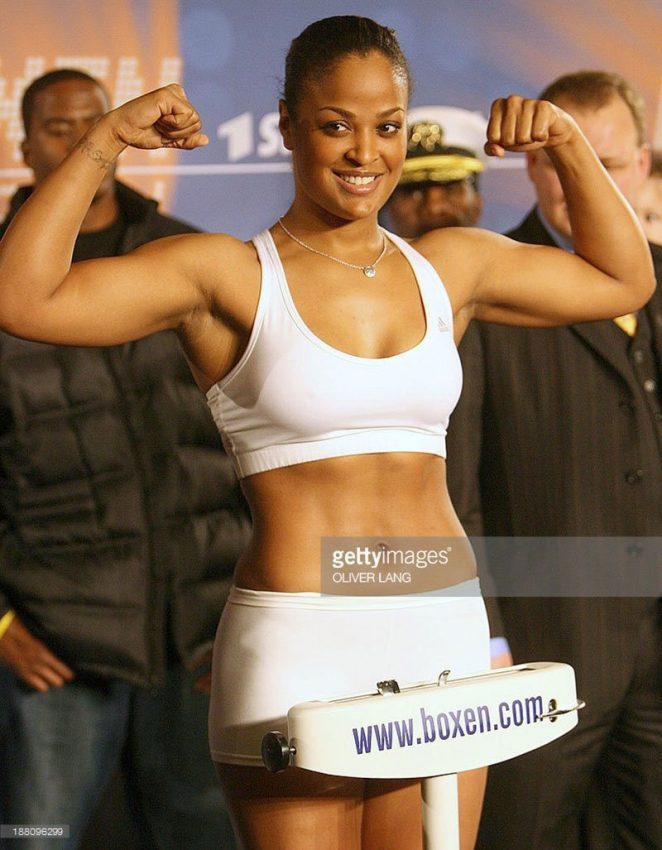