Also known as “The Preacher’s Daughter”, since her father is a minister for the Church of Christ, Holly Holm doesn’t just have a divine body, but a truly blessed career. At 5’8” and 135lb and with a reach longer than her height, she’s nimble enough and solid enough to carve out incredible success in not one, not two, but three different fighting disciplines.
In boxing, she was a multiple world champ winner, and coolly defended her titles 18 times in three different weight divisions. In her brief time as a kickboxer she managed to take out the titles of two national tournaments. Finally, in UFC, she’s simply won more awards than we can count, at one point even upsetting Ronda Rousey in a fight many called “the upset of the millennia.” What’s next, Holly? Would you mind defending our galaxy? 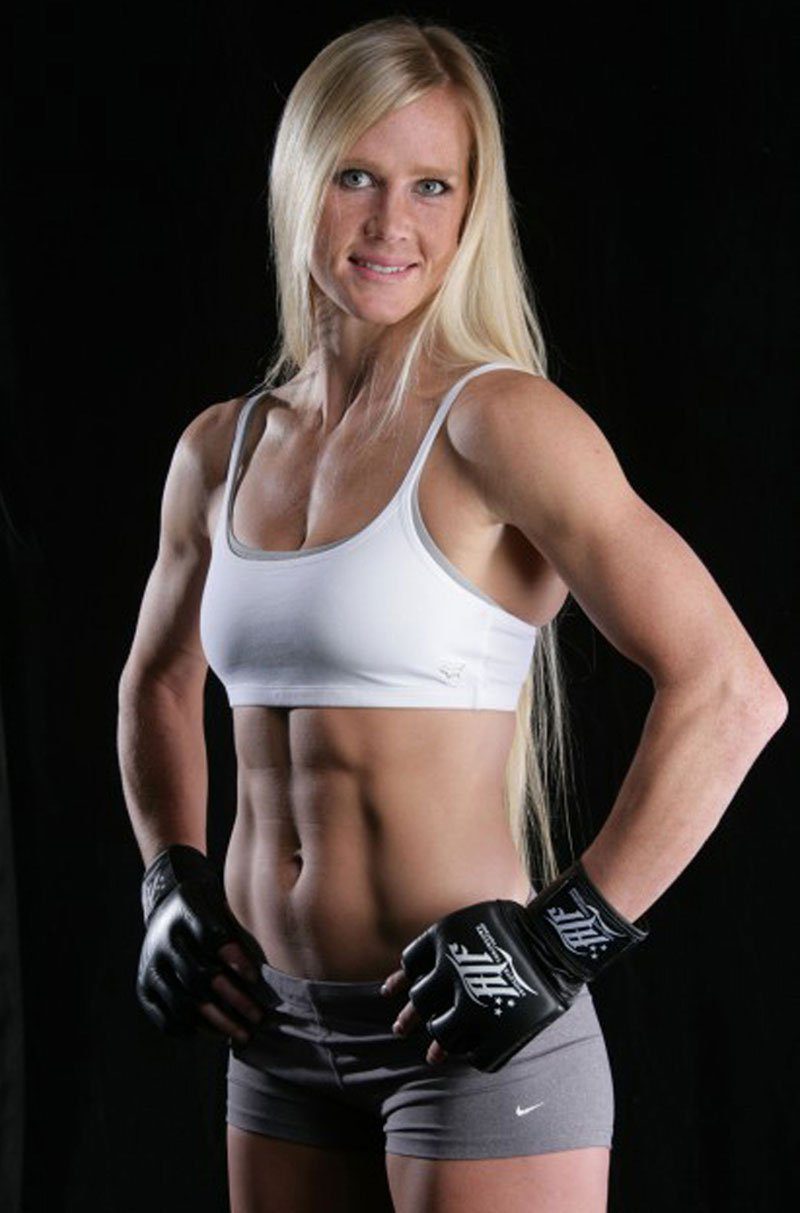