She might be 35, and she might be retired, but Beth Phoenix (real name Elizabeth Kocianski) has not lost a drop of her drop-dead gorgeous looks or fierce demeanor. Both of them made the New York native a darling of the WWE, where she used such moves as the “Chokebomb” and “Glam Slam”. Ouch.
We’re willing to forgive the sometimes, um, odd costume choices, but only because with that figure, Beth could pull them off. At 5’7” and 150 pounds, Beth is a force of nature to be reckoned with. Both her ex-husband and current husband are WWE wrestlers too. So I wouldn’t go pissing off any of them. 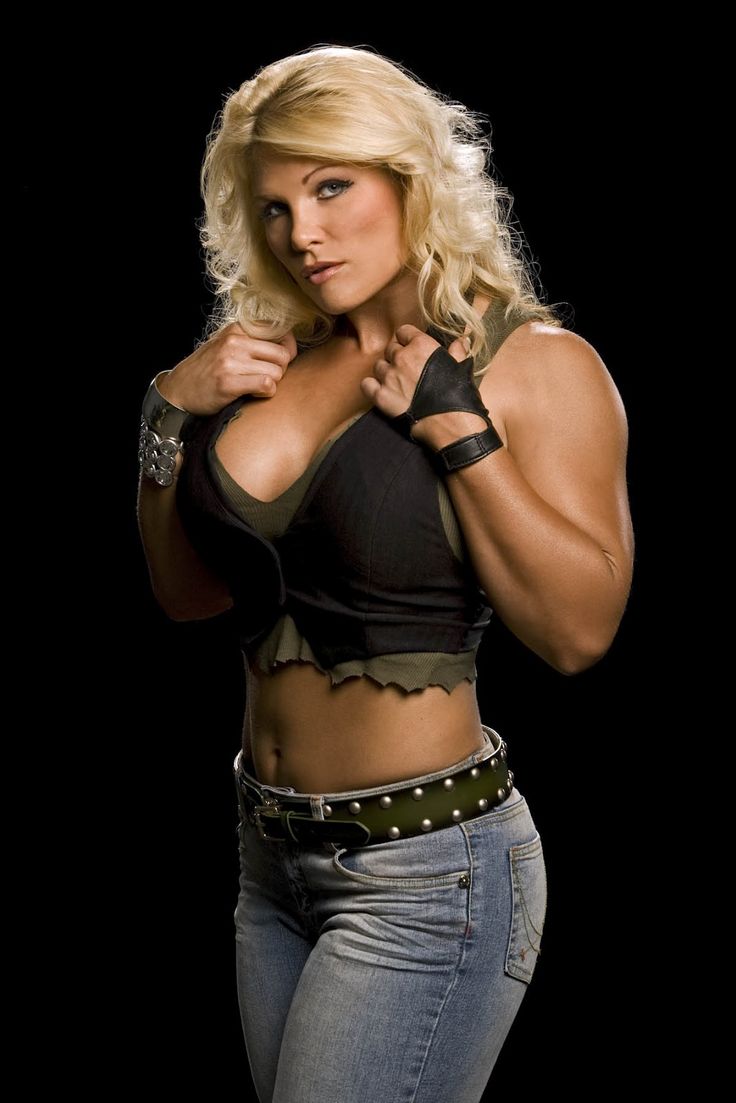