Here’s another who proves that being a mother doesn’t mean the end of your life, or the end of an amazing body. With her trademark ash blonde hair and sculpted body, Jessie has it all: a successful career as an IFBB Figure, a hugely popular fitness program, and a couple of star turns as a fitness cover model.
After spending her childhood with a weightlifter father, she was always interested in being fit and active. But it wasn’t until her husband encouraged her to start bodybuilding that her fledgling career started to take off. Now signed to the bodybuilding.com, she’s one spokeswoman who makes us sit up and take notes. 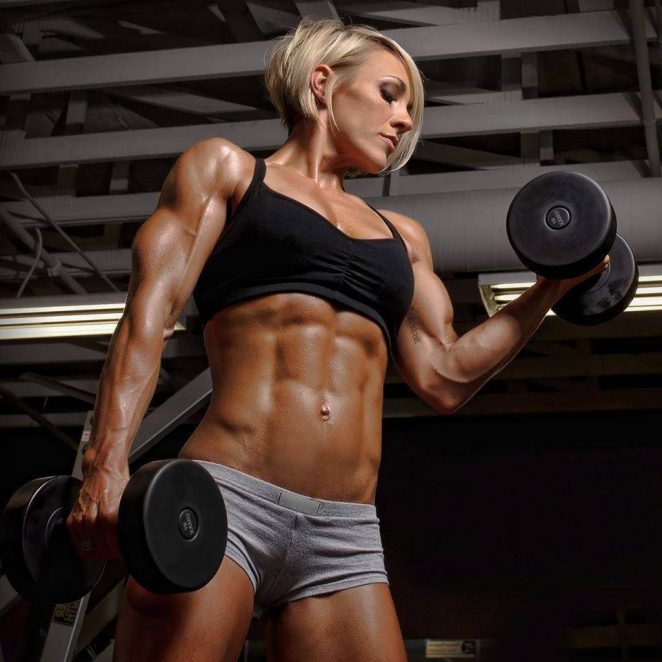