When she was young, Erin Stern trained in pentathlons and heptathlons. She was very good at it, but couldn’t qualify for the 2008 Olympics. The reason? She was 3cm too short. “I gave it my all,” she is quoted as saying, “but I couldn’t make the last three centimeters”.
So what did she do? Got ripped instead. Even at only 5’9”, Erin cuts an incredibly imposing, incredibly muscular figure. So muscular, in fact, that she’s won the Miss Figure Olympia competition twice. If that doesn’t scare you, consider the fact that she also has a bachelor in Environmental Policy. That’s right, Erin. Beat those gas-guzzlers into submission. 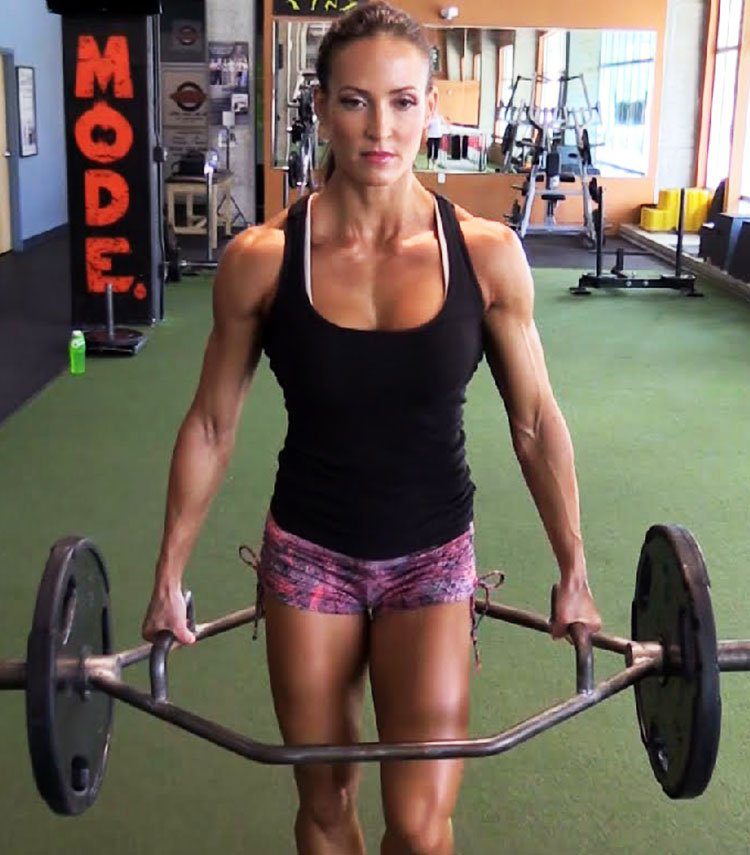