Lingerie football is sometimes seen as a bit of a joke by sports purists. All beauty and no brawn, they say. No tactics or grace, just eye candy. Ashley Helmstetter, of the LFL’s Baltimore Charm, would like to prove otherwise.
While she is certainly luscious, and has even appeared nude in a 2011 issue of Playboy, that’s not all she has going for her. As an offensive and defensive line-backer, she has the versatility to take on any play, at any time. “If there’s a will, there’s a way,” she says of her career. Her imposing body would help, too. 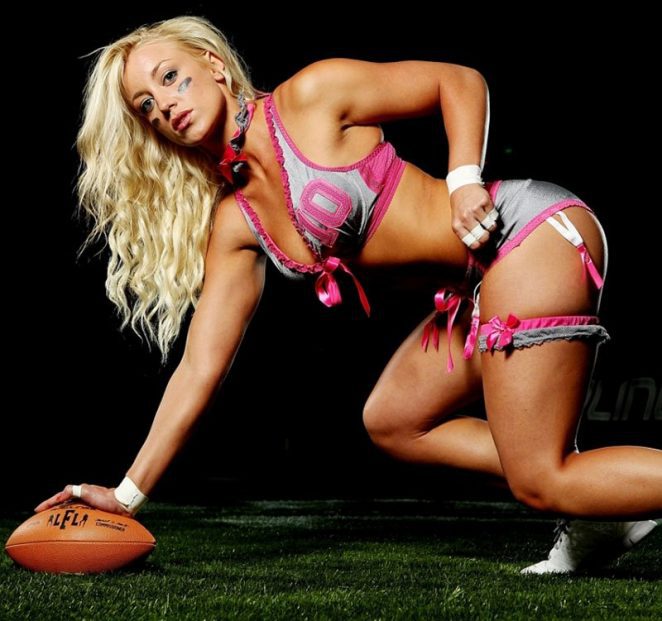