If you think you’ve seen those rippling muscles before, you’re not wrong. Ronda isn’t just an incredible fighter and the highest paid UFC competitor, male or female, she’s also all over Hollywood. She was famous before her roles in Expendables 3, Furious 7, and Entourage, though, with an early judo career leading to USA’s first ever judo medal in the Beijing games.
She might not have moved on from her hometown of LA, but she did move on from Judo to the fiercer MMA world. At 61kg, she qualifies as a bantamweight, and at one point had an 11 match winning streak. She says, “there are so many ridiculous arguments that MMA is somehow anti-woman. Fighting is not a man’s thing, it is a human thing. To say that it is anti-woman is an anti-feminist statement.” We won’t disagree, but mostly because she’ll break our legs. 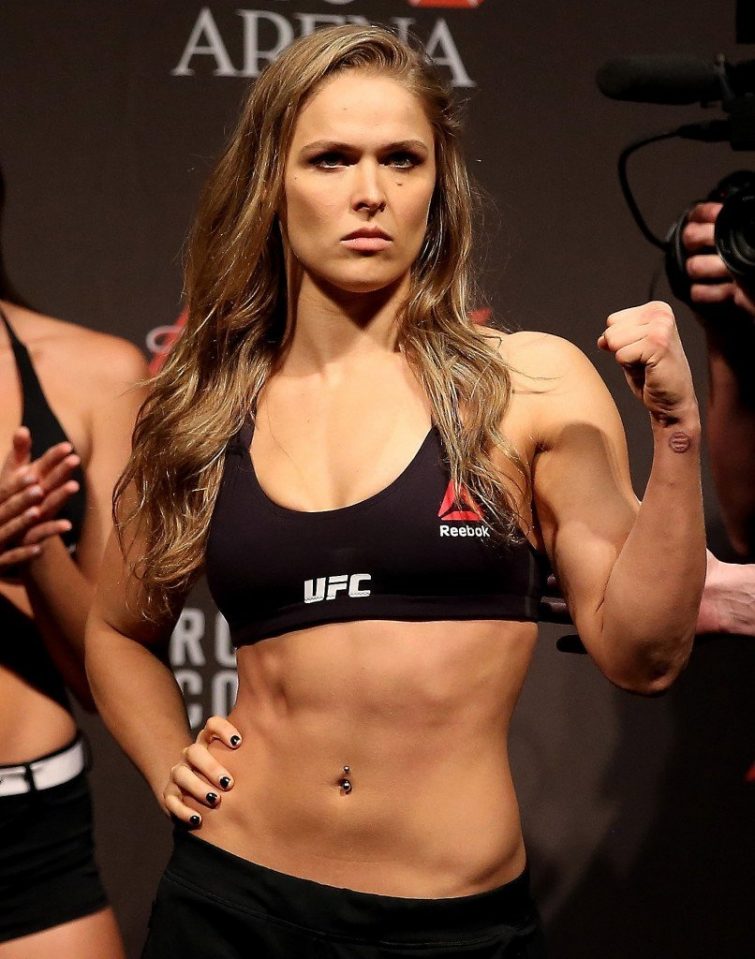