With a name like Christmas Abbott, it would be no surprise if she got her start beating up the bullies in the schoolyard. And after ten years as a crossfit nut, it’s best that you don’t start teasing her, either. Basically, if the tattoos don’t already scare you, just take one look at those muscles.
Nowadays her résumé has expanded to cover a wide range of pursuits. She calls herself “quirky”, and with a range of bodybuilding videos, motivational speaking circuits, and a side career in a NASCAR pit crew, she lives up to the label. She also has an English bulldog named Fran. So if she doesn’t sink her teeth into you, the dog will. 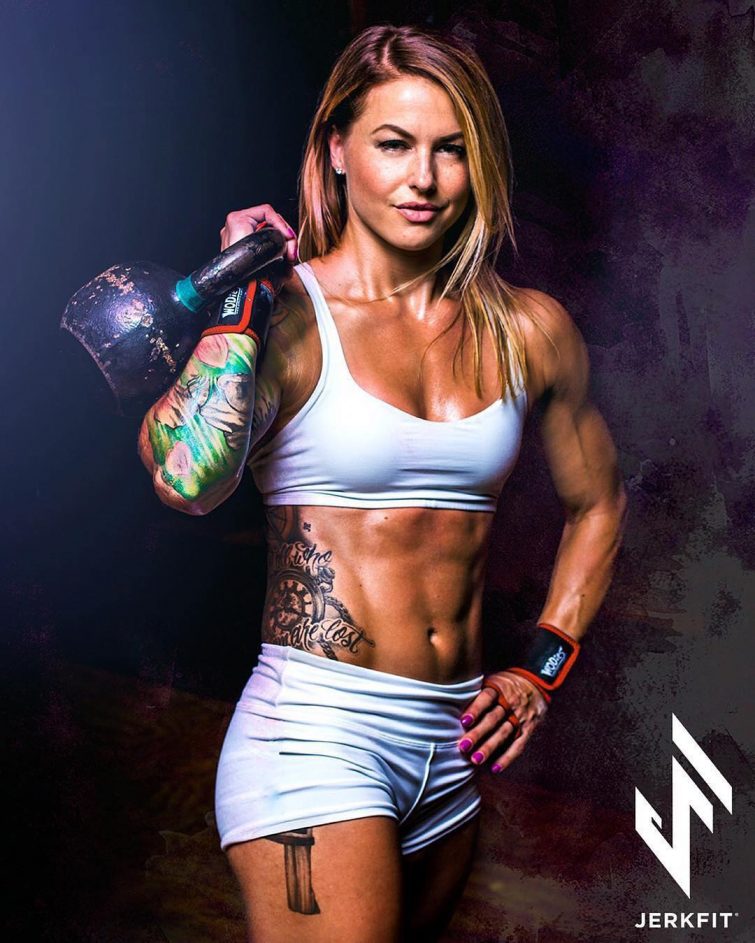