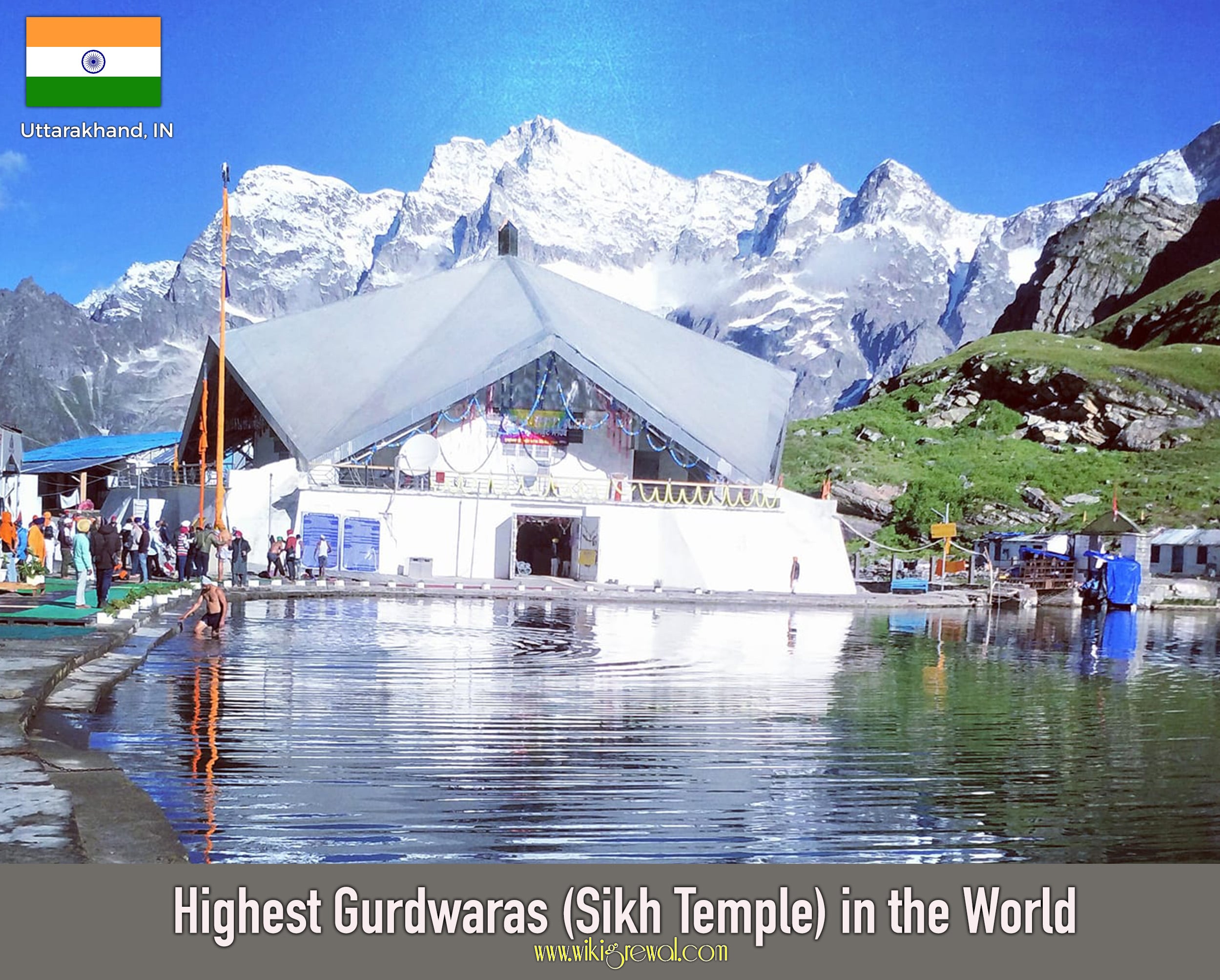 Hemkund Sahib, formally known as Gurudwara Sri Hemkund Sahib is a highly-revered pilgrimage site for the Sikh community. It is believed that Guru Gobind Singh ji, the tenth guru of the Sikhs, spent 10 years in meditation here.

Q: Is a Black person / non-Sikhs allowed in Golden Temple?

There are four gates on each side of the square-plan temple grounds that symbolize the Golden Temple is open to people from all walks of life, regardless of race, religion, or creed.

Q: Which is India’s largest gurdwara?

Gurdwara Darbar Sahib Kartarpur is claimed to be the largest gurdwara in the world. It is also the final resting place of Guru Nanak Devji (founder of Sikhism)

Q: Where is the largest Sikh temple in Europe?

Southall, in London, is home to the largest Sikh temple outside India, known as Gurdwara Sri Guru Singh Sabha.

Q: Is Golden Temple made of real gold?

The organization uses only ‘pure gold for the purpose of decorating the temple, so the 22 karat gold, which is collected by the committee is first purified into 24 karat gold; and then, gold plating is done on copper patras.

Q : How much gold is there in Golden Temple?

500 kg of pure 24-karat of gold worth ₹130 crores, covered the temple in all its glory.  And that’s when the Sri Harmandir Sahib got famously referred to as the Golden Temple of Amritsar.

The land for the temple was believed to be donated to Guru Ramdas by the then Mughal emperor Akbar.

While we do not have any problem with any dress, we believe that a gurdwara is a place where people should come traditionally attired. Girls wearing jeans do not carry a chunni to cover their heads, which is the proper way to sit in a gurdwara

Q: What should girls wear in Gurudwara?

You need to cover your head with any cloth or scarf before entering in sikh temple and you should have belief in the god so as to attain the blessings of god. Wear clothes which are comfortable and will allow you to sit . You can wear Jeans. Avoid too short skirts or shorts or short dresses.

Q: Why socks are not allowed in Gurudwara?

Because doing so serves two purposes: first, it keeps the Gurdwara floor clean, and second, it allows the 72,000 nerve endings in the feet to receive energy unimpeded. To further facilitate this, it is advisable for one to enter Gurdwara barefoot, without socks or stockings obscuring the feet.