Divya was born on February 25, 1974 to Meeta and Om Prakash Bharti. Opting for acting, she quit college, & landed a role in ‘Bobbili Raja’ (Telegu) in 1990 at just 16 years of age. This movie became a hit, and was dubbed into Hindi and released as ‘Raampur Ka Raja’. 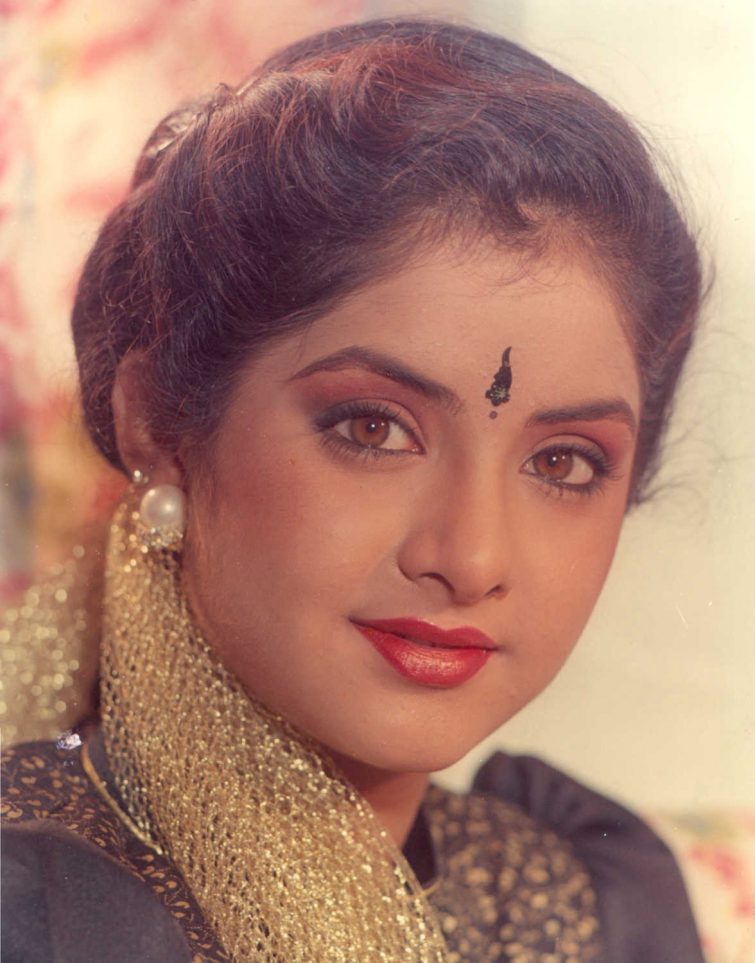 Divya made her debut in Bollywood in 1992 ‘Dil Hi To Hai’, then in a musical romance ‘Dil Ka Kya Kasoor’, but it was the multi-starer ‘Vishwatma’ that really got her noticed. Thereafter she acted in 13 more movies amidst speculations that she would be the next Sridevi.

Her personal life was not as well chartered as her tinsel one, for she fell in love with Sajid Nadiadwala, married him secretly as her parents strongly disapproved, changed her religion from Hindu to Islam, and her name to Sana. She is ranked #2 Most Beautiful Bollywood Actresses

Her life tragically came to an end on April 5, 1993 when she fell from the balcony of her 5th floor flat in Yari Road, Versova.

Two of her movies ‘Rang’ and ‘Shatranj’ were released after her passing, and were dedicated to her memory. Her film-maker husband has also dedicated several of his films to her name.