Katrina Kaif is one of eight siblings, 7 girls and 1 boy, from a mother who is a Caucasian of British Nationality, and a father who was formerly from Kashmir, India, but who has since acquired British citizenship. Her mother is now re-settled in Chennai (formerly known as Madras), the Capital of the state of Tamil Nadu in India. 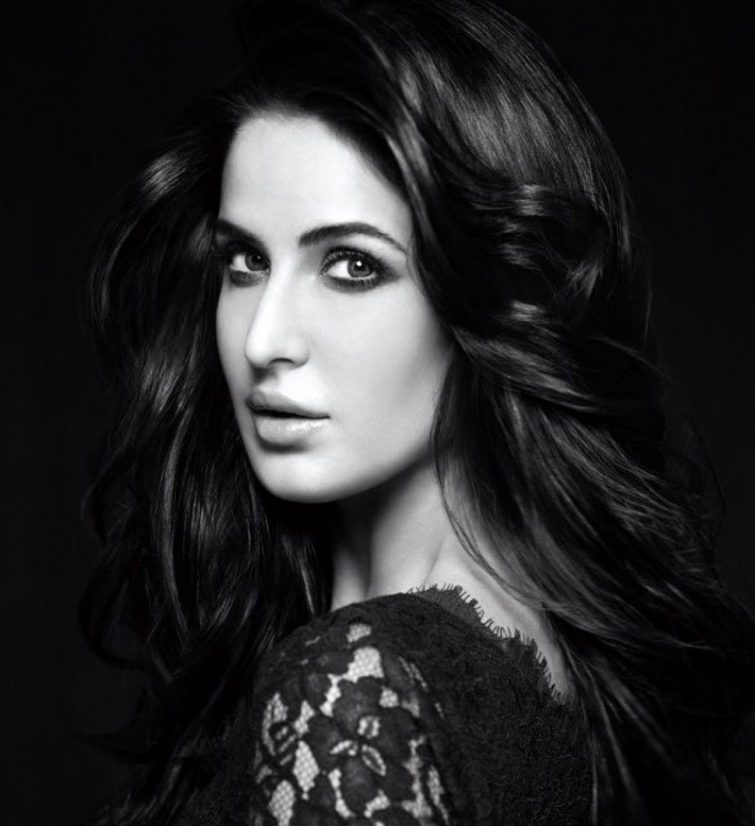 She spent subsequent years in Hawaii, and then in London, Britain, She started modeling accidentally when she was in Hawaii at the tender age of 14, when she was approached for a jewelry campaign. Thereafter she continued modeling in London. She is currently ranked #3 Most Beautiful Bollywood Actresses

Continuing to model was the reason she got her break in a Bollywood movie Boom (2003) offered by none other than film-maker Kaizad Gustad.

She was flooded with modeling assignments the minute she set her foot on Indian soil, especially with her innocent expressive face, hour-glass figure, and drop-dead gorgeous looks.

Professionally she started off as a model with photographer Atul Kasbekar, and upon being accepted, she received offers from LG, Cola, Fevicol, Lakme, & Veet. It was the Lakme commercial that got her noticed. She retained Matrix as her Manager to accept work on her behalf and at the price she deserved.

Moving to different culture and country was not much of a culture shock for her, as she states that no matter where you come from, the bottom line is that everyone wants to be loved, respected, and cared for.

Despite of her positive attitude, she had been stereotyped as “Indian” by extreme right-wingers in Britain who made it clear that she did not quite fit-in with their “Blonde” Caucasian culture; while on the other hand in India itself she had been ranked as an ‘outsider’ very much like Sonia Gandhi.

Unlike other artistes from foreign lands, Katrina did not experience any difficulties in getting a visa nor of getting it extended in India.

Although linguistically challenged, Katrina puts on a bold face and states that other Bollywood artistes like Sridevi, who did not know Hindi, did get offers from Bollywood film-makers, and she is no different. She has taken Hindi and dancing lessons to fit in with the Bollywood culture. She likes to display a picture of her learning Kathak dancing where she used to dance 7 hours a day non-stop.

Adorned with soft gorgeous looks, she is not easily intimidated, but admits that she is very emotional, sensitive, and concerned about her privacy, Almost an incurable romantic, she prefers to wear comfortable non-revealing clothes when at home, hates to do her hair, and above all dislikes make-up. Admitting to being lonely in the beginning, but now has several friends who she can hang out with.

Although her first movie Boom (2003) was panned by the critics and shunned by the audiences, two other Telugu movies Malliswari (2004) and Allari Pidugu (2005) did get her noticed. She grossed 70 Lakh Rupees for Malliswari (2004) – making her top the list of the highest paid actresses during a South Indian movie debut.

Not done with South Indian movies, she has been signed in a Tamil movie ‘Bheema’ opposite National Award Winner Vikram.

She has received decent reviews for her part in “Maine Pyar Kyon Kiya”, as well as a brief appearance in ‘Sarkar’.

Katrina had made Mumbai her base, didn’t mind singing and dancing around trees and as a result is now one of the biggest mega-stars, perhaps one of the highest paid female-lead actresses in Bollywood, and a crowd-puller whenever she makes an appearance for a live song and dance number.