Waheeda was born in a Tamil and Urdu-speaking family in Chengalpattu-Tamil Nadu, India. Her father was the District Magistrate which led him to be posted in several places. Tragedy visited her in 1948 when her dad passed away. Her mom passed away in 1955.  She is ranked #7 Most Beautiful Bollywood Actresses 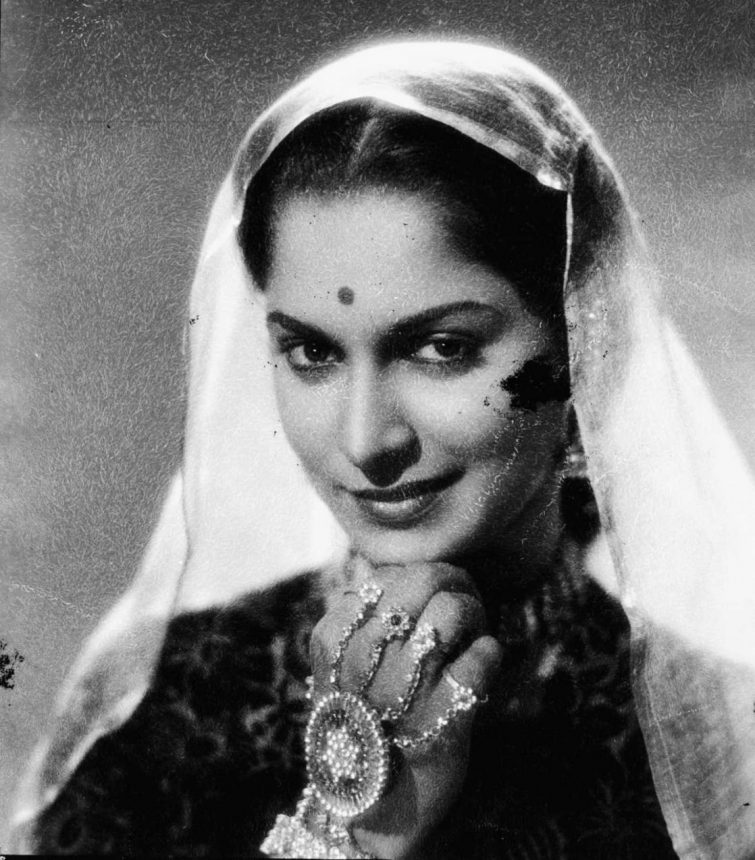 A year after her dad’s death she appeared in a Telegu movie ‘Rojulu Marayi’. Her role was as an dancing child artiste. She is proficient in Bharat Natyam. It was here that she was spotted by noted Bollywood actor and film-maker, Guru Dutt, who gave her a lead role in C.I.D. She went on to appear in 5 Guru Dutt classics – Pyaasa, 12 O’Clock, Kaagaz Ke Phool, Sahib Bibi Aur Ghulam, Chaudhvin Ka Chand. Her pairing with Devanand was very popular and they had 5 blockbusters – C.I.D., Solva Saal, Kala Bazar, Baat Ek Raat Ki and Guide and 2 critically acclaimed but box office flops – Roop Ki Rani Choron Ka Raja and Prem Pujari. She has acted as a child artiste, a leading lady, then switched to character appearances. She has procured the Best Film Actress Award in 1965 for her role in ‘Guide’, and then again in 1968 for ‘Neel Kamal’.

She had co-starred with Kamaljit Singh in ‘Shagun’, and later married him on April 27, 1974, and moved to his farmhouse in Bangalore. She subsequently gave birth to a son, Sohail, and then to a daughter, Kashvi. She being not happy with roles offered to her declined offers after 1991. When Kamaljit became ill, she and the family re-located to ‘Sahil’, located near Bandra Bandstand, Bombay. Kamaljit passed away on November 21, 2000. Sohail has achieved his M.B.A. and is working in a Private Limited Company, while Kashvi is a Jewelery Designer.After her husband’s death she appeared in 7 films from 2002.

She is very friendly with former actress Nanda and her other close friends include Asha Parekh, Sharmila Tagore, Nimmi, Shyama. She is Hottest Living Bollywood Actress