Bhanurekha Ganesan, better known by her stage name Rekha (born 10 October 1954) is a Bollywood Indian actress. Rekha has acted in over 180 films in a career that has spanned over 40 years. Throughout her career, she has often played strong female characters and, apart from mainstream cinema, appeared in art-house films, known in India as parallel cinema. 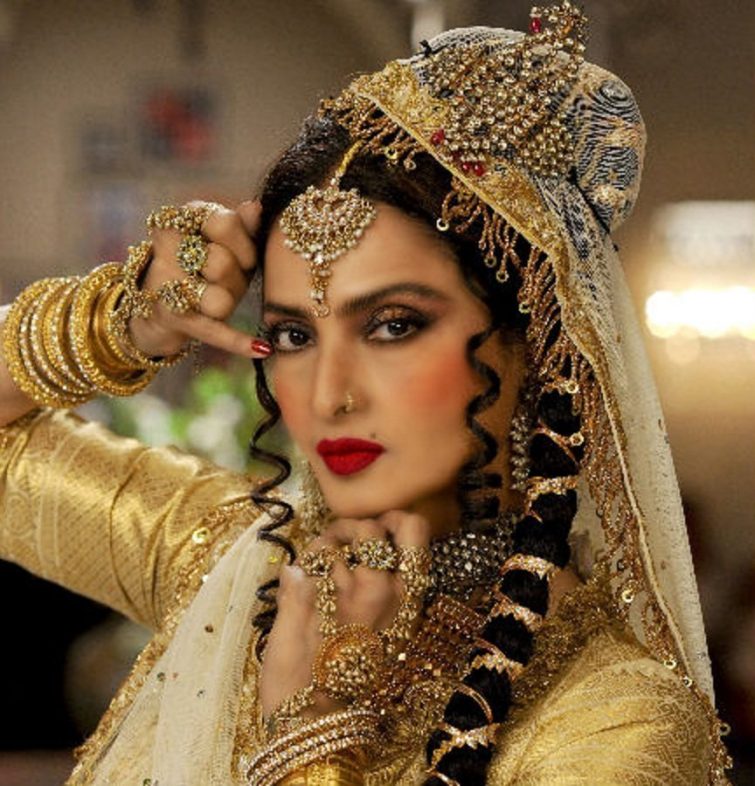 She has won three Filmfare Awards, two for Best Actress and one for Best Supporting Actress, for her roles in Khubsoorat (1980), Khoon Bhari Maang (1988) and Khiladiyon Ka Khiladi (1996), respectively. Her portrayal of a classical courtesan in Umrao Jaan (1981) won her the National Film Award for Best Actress. She is ranked #8 Most Beautiful Bollywood Actresses

Rekha rarely gives interviews, and she mostly avoids parties and events. In 2011, Rediff listed her as the ninth-greatest Indian actress of all time.