Arguably the most beautiful Bollywood actress ever to grace the Indian screen, Madhubala rose from humble beginnings to become the most captivating star India has ever produced. Madhubala was born Mumtaz Jehan Begum on Valentine’s Day 1933, in a poor, conservative family of Pathan Muslims in Delhi, a part of a prolific brood of sisters, and entered the world of films at the tender age of eight. 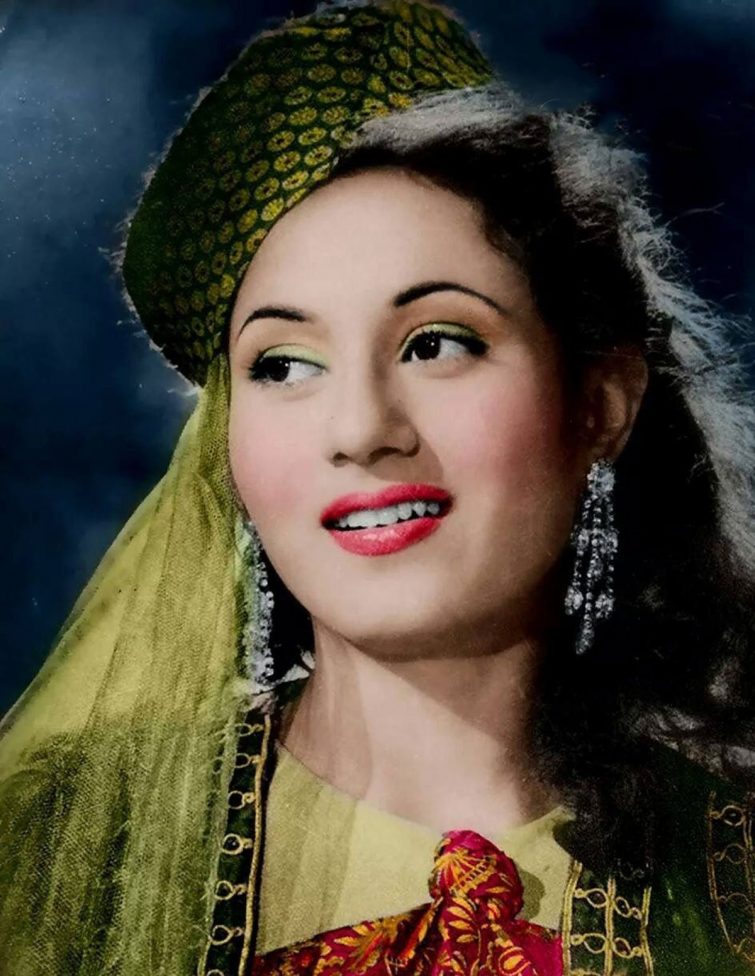 After about five years of playing child roles, Madhubala got her first break in a lead role in Neel Kamal (1947), produced anddirected by her mentor, veteran filmmaker Kidar Sharma. At the age of 14, she played a romantic lead against another fledgling star, Raj Kapoor, and Madhubala had finally arrived on the Indian screen. Over the next two years she had blossomed into a truly rapturous beauty (which earned her the sobriquet of the Venus Of the Indian Screen) and with the movie Mahal (1949), literally overnight, she was a superstar. She is ranked #1 Most Beautiful Bollywood Actresses

It has been often said that her beauty overshadowed her acting talents, which to an extent is true; however this was more due to poor judgement than lack of talent. Being encumbered by a large family to support, and forever living under the domination of an imperious father who, she made several poor choices in movies which seriously undermined her credibility as a serious performer, to the extent of being labelled “box-office poison”. However, her more or less dismal repertoire in the 50s was marked by spots of true brilliance – movies like Tarana (1951), Mr. & Mrs. ’55 (1955) and of course her swansong The Great Mughal (1960) showcased her remarkable talents as a serious artiste across several genres and revealed what this ethereal beauty was truly capable of.

Sadly, she was plagued by a persistent heart disease that confined her to a bed for almost nine torturous years, and eventually claimed her life on February 23 1969, nine days after her 36th birthday. In this short life, she had made over 70 movies, and to this day remains one of the most enduring legends of Indian cinema.