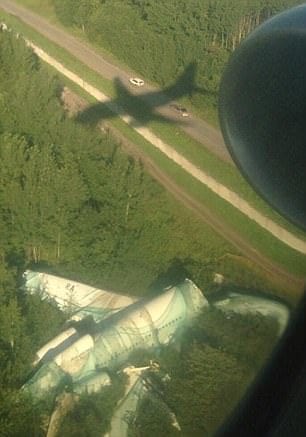 Taking off from Vnukovo International Airport in Moscow is not the most calming experience, as you are greeted with the remains of Dagestan Airlines Flight 37. The plane had an engine failure and went down shortly after taking off, but the emergency landing was botched and the plane broke into three pieces. There were two deaths as a result of the crash and they decided to leave the remains of the plane to be used in the pilots trial.