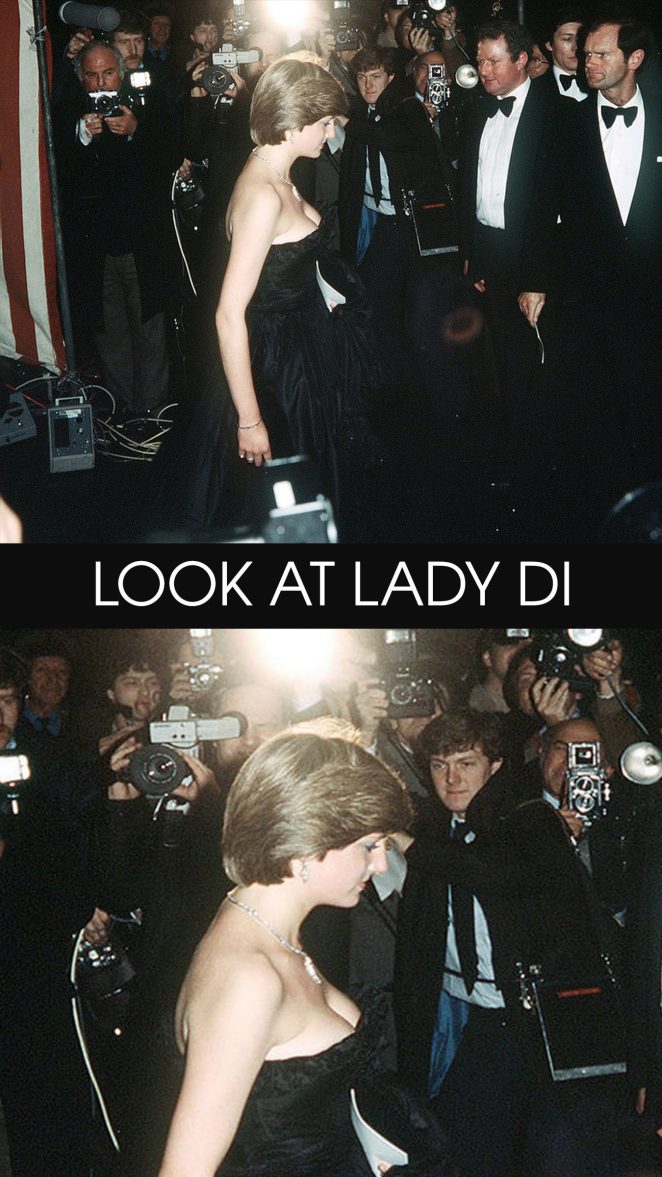 Diana attended a gala evening at Goldsmith’s Hall in London to raise funds for the Royal Opera House on March 9, 1981. She was meeting Grace Kelly, a former film star who became the Princess of Monaco. Princess Diana was a fashion icon and even today, more than two decades after her death, many of her style choices still inspire women around the globe.