Much hyped head transplant surgery by renowned surgeon Dr Sergio Canavero didn’t happen in 2019 as promised. But there have been some interesting developments, and we are excited to share them in this head transplant article including a successful surgery video.

2021 Update : The world’s first human head transplant has been carried out on a corpse in China, according to Italian professor Sergio Canavero.

During an 18-hour operation, experts demonstrated that it is possible to successfully reconnect the spine, nerves, and blood vessels of a severed head.

A similar operation on a live human will take place ‘imminently’, the controversial professor claims.

Professor Canavero, director of the Turin Advanced Neuromodulation Group, made the announcement at a press conference in Vienna this morning. 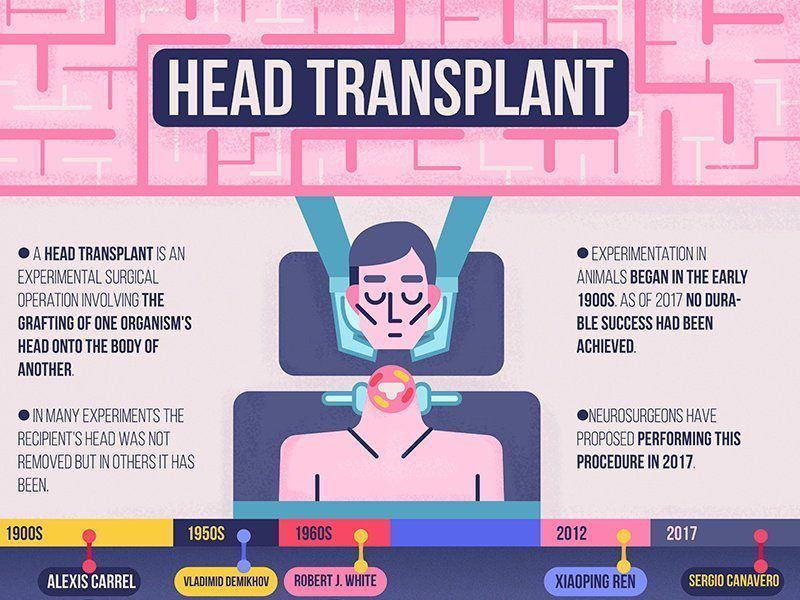 The procedure was carried out by a team led by Dr Xiaoping Ren, who last year grafted a head onto the body of a monkey.

A full report of the Harbin Medical University team’s procedure and a timeframe for the live transplant are expected within the next few days.

Speaking at the press conference, Professor Canavero said: ‘For too long nature has dictated her rules to us.