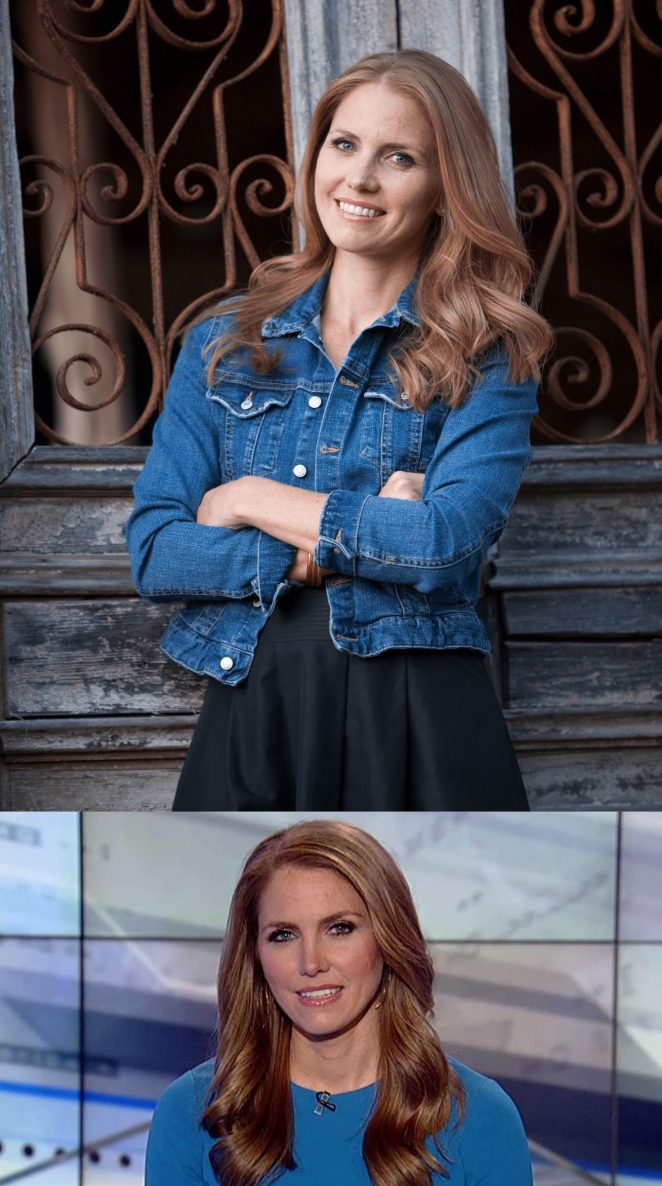 American journalist Jenna Lee was the anchor of the early-morning news program of Fox Business Network, Fox Business Morning, before joining the Fox News Channel, where she co-hosted Happening Now with Jon Scott. She left the network in 2017 and established Leep Media LLC and launched SmartHERNews.com. The 39-year-old, who played softball for the collegiate team of the University of California, Santa Barbara, has a bachelor’s degree in English and global studies and later earned a master’s degree from Columbia University Graduate School of Journalism. The now Texas-based journalist is married to a highly decorated former U.S. Navy Seal officer with whom she has two children.