Born on February 6, 1991, Millie Weaver is a news reporter and journalist who works for the right-wing website InfoWars.com founded by Alex Jones. 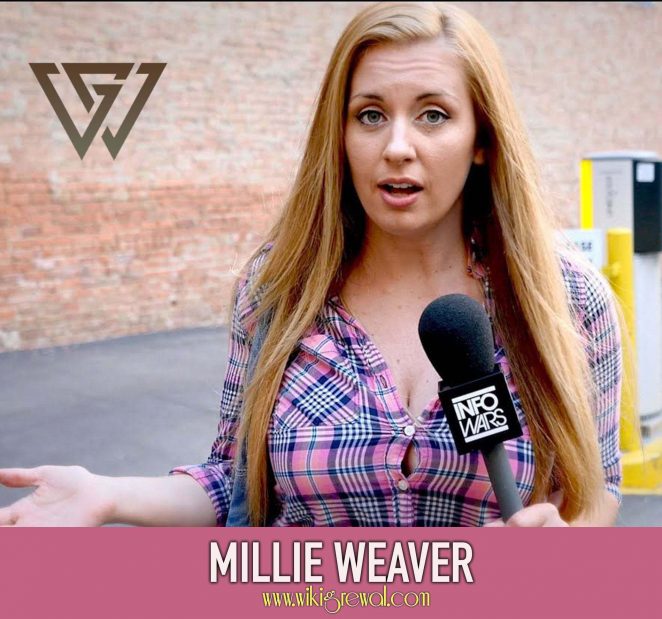 The former model, who was born and raised in California, was also exposed to the showbiz industry as a teenager but really established herself as a journalist after joining InfoWars as a writer. Also known as “Millennial Millie,” she has a strong social media following, particularly on YouTube and Twitter, where the sexy blonde reporter has over 100,000 followers on both sites. She can also be seen interviewing people on the street through her program, Flying Over America, which streams in her website, millenialmillie.com.