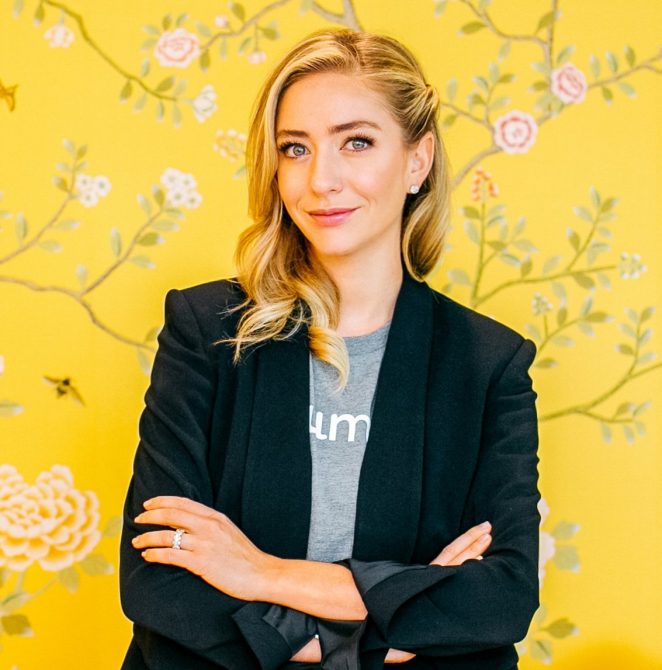 The beautiful 30-year-old Whitney Wolfe Herd is another brilliant mind who founded and runs the dating app, Bumble, since she was 25. Before becoming the CEO of Bumble, Wolfe Herd joined Hatch Labs, a company that identifies, invests and builds startups, and was involved in the startup project Cardify. When that project was abandoned, she joined the team developing the dating app Tinder, came up with the logo, fueled its popularity on campuses, and became the vice president of marketing for the app she co-founded. However, she left Tinder in 2014, filed a lawsuit against them for sexual harassment, and received more than a million dollars settlement plus stock in the company. By December of the same year, she launched Bumble, a dating app that gives women more control than the usual dating apps. After a year, the widely used app had over 15 million unique conversations and over 80 million matches. Business Insider included Wolfe Herd in their 30 Most Important Women Under 30 In Tech list in 2014, was among Elle’s Women in Tech in 2016, and was in Forbes’ Top 30 under 30 in 2017 and 2018. Today, the striking risk-taker is the CEO of Bumble’s parent company, $3 billion MagicLab, only a few months after its owner stepped down because he was accused of racism and sexism.