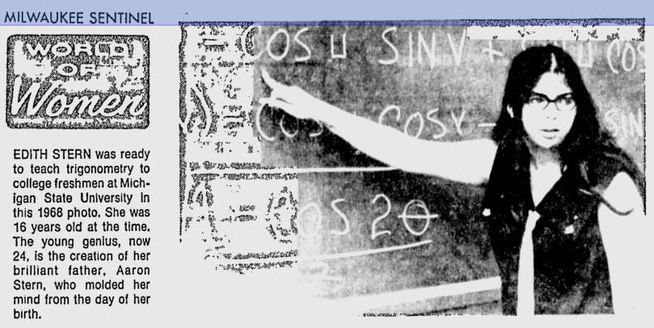 Born in 1952 to Aaron Stern (a concentration camp survivor whose cancer treatment was paid for by Albert Einstein), Edith Stern could communicate with cards when she was no older than 11 months. At 1, she could identify letters and by 2 she could speak the entire alphabet. At 12, she had already entered college and 4 years later, she was teaching trigonometry there. Her IQ score is reported to be more than 200. Currently, she holds a PhD in Mathematics, and is a distinguished engineer and inventor at IBM.