Halston Sage (born May 10, 1993) is an American actress. She is known for her roles as Grace on the Nickelodeon television series How to Rock (2012), Amber on the NBC television series Crisis (2014), Lacey in the film Paper Towns (2015), and Lt. Alara Kitan on the Fox television series The Orville (2017–2019). In addition to her acting credits, Sage rode horses for eight years and is an award-winning equestrian. She possesses a great love for reading and writing and was the editor of her high school newspaper. Sage broke into modeling at the age of fourteen. Soon afterward, she realized she had a passion for acting. 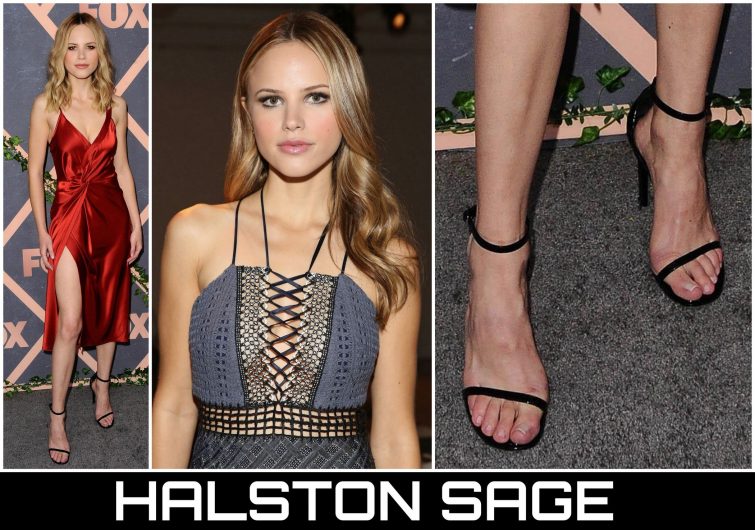