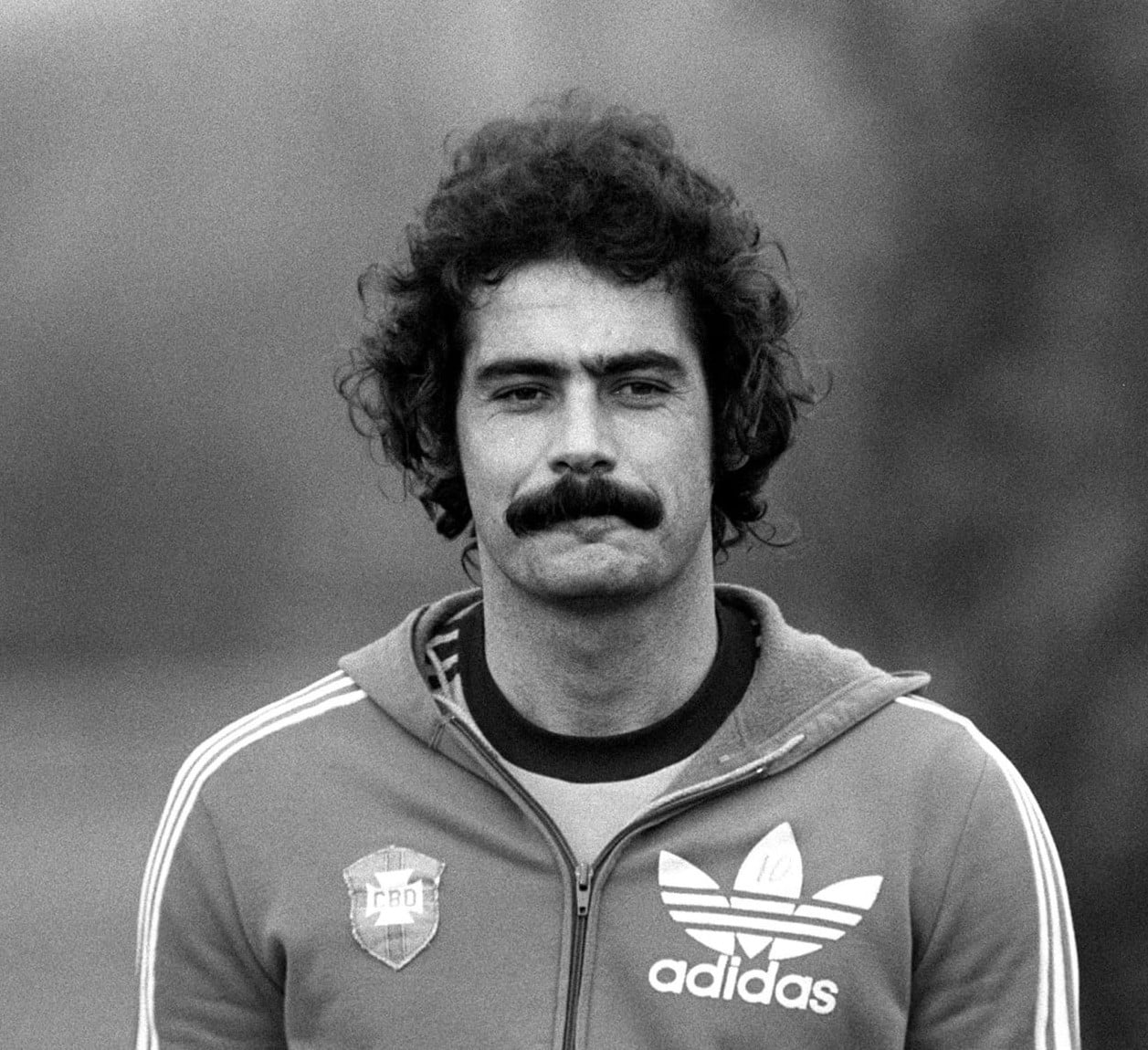 The inventor of the Elastico (flip-flap) and wearer of the most famous moustache in Brazilian football, Roberto Rivellino was a key part of arguably the greatest team of all time – the Brazil side of 1970.  En route to winning the World Cup, Rivelino scored three goals, including a thunderbolt of a free kick against Czechoslovakia that earned him the nickname ‘Atomic Kick’ from the enamored Mexican supporters. He was named in the All Star Team of the Tournament alongside the likes of Pele, Franz Beckenbauer, Gerd Muller and Bobby Charlton. He went on to represent Brazil at two more World Cups in 1974 and ’78.

Career highlight: That 1970 World Cup win, and particularly that stunning goal against Czechoslovakia.