Part of the Magical Magyar side of the 1950s, Hidegkuti was a pioneering footballer of rare qualities. One of the first ‘false nines’ in history, Hidegkuti was a prolific goalscorer and a creative force at the same time, able to organize the game and play delightful through-balls to his team-mates. 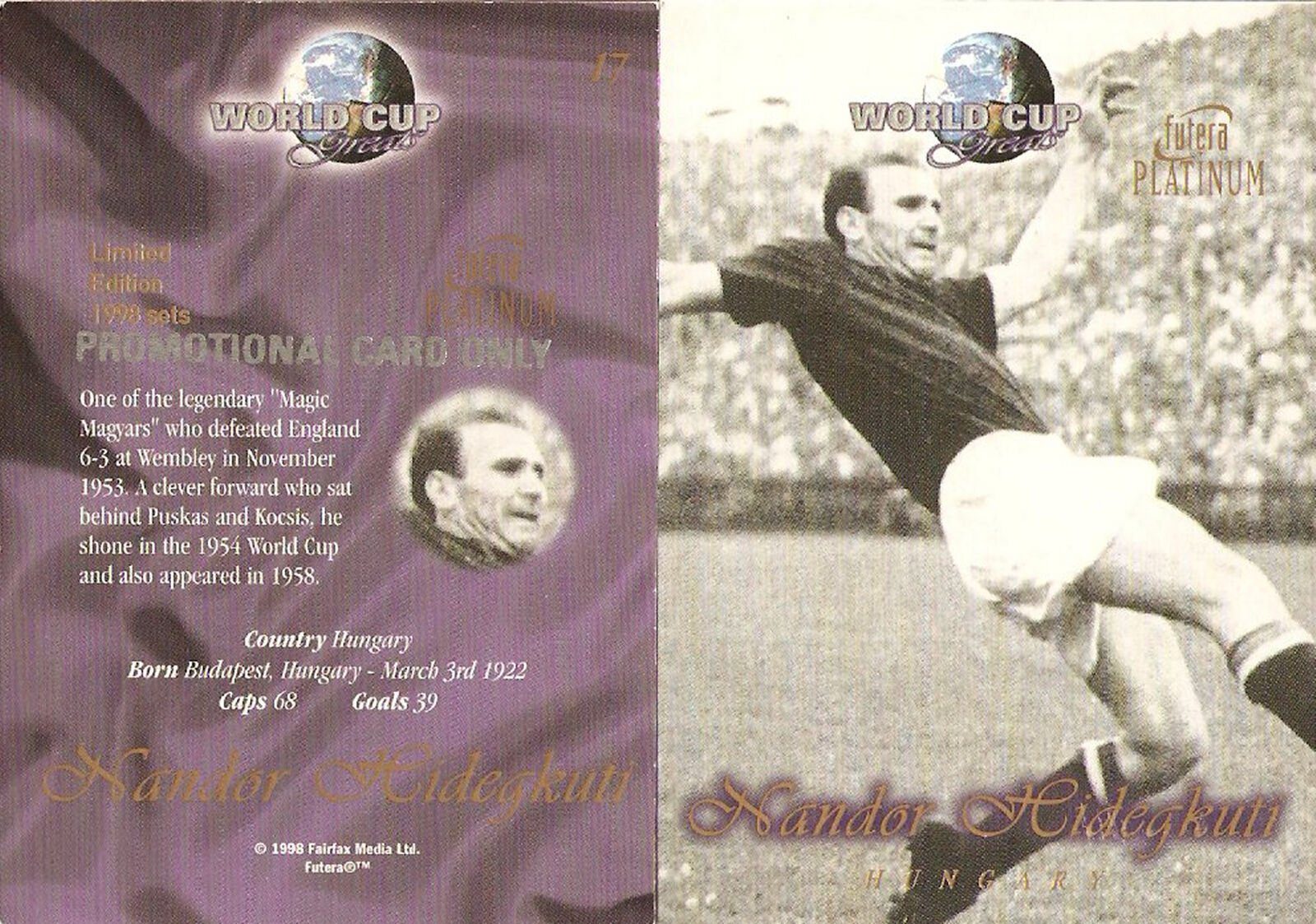 As part of the golden Hungarian team that boasted the likes of Ferenc Puskas, Sandor Kocsis and Zoltan Czibor, Hidegkuti was one of the more influential players in the run to the World Cup final of 1954 – a game they should have won.

Career highlight: Hidegkuti scored within the first minute and went on to complete a hat-trick in the so-called Match of the Century – Hungary’s 6-3 win over England at Wembley in November 1953.