On August 13, 1961, Germany divided Berlin in two with a barbed-wire fence. The soldier was a guard from the East, and the child was separated from his parents and wanted to cross into the West. The soldier broke the rule and lifted the boy across anyway.

After the photo going public, the child got free, but the soldier was removed from duty right after. 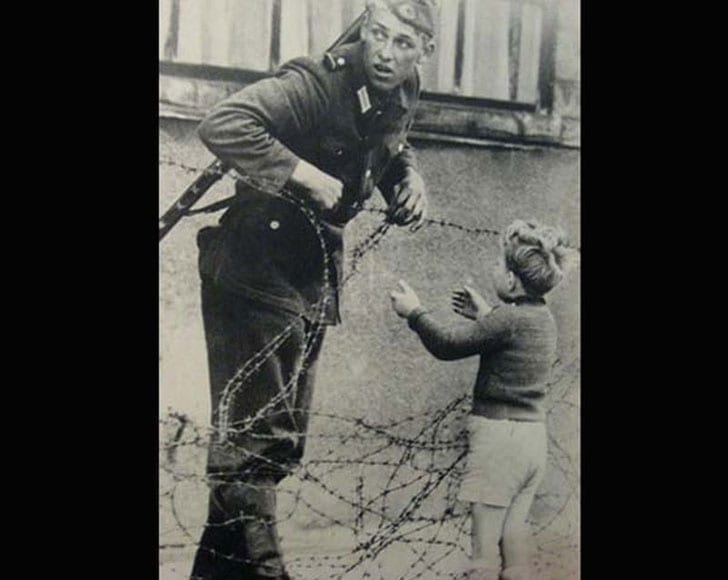