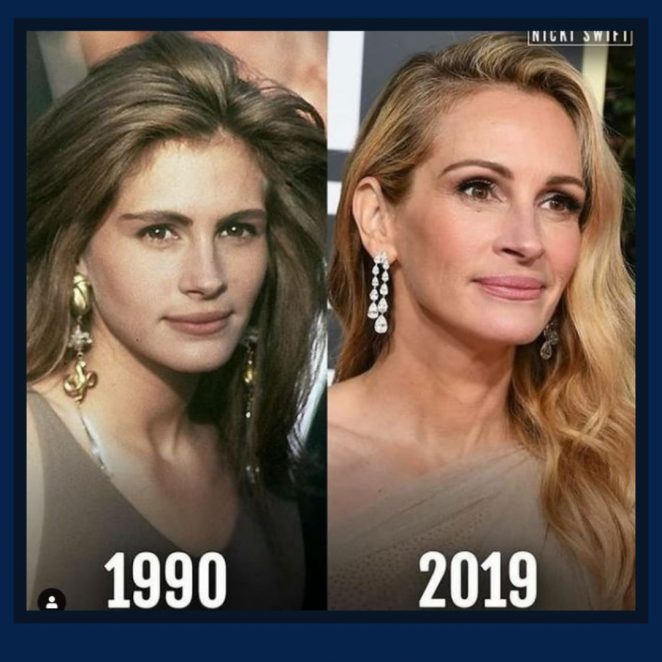 Who doesn’t love Julia Roberts? This red-haired forever smiling Pretty Woman is one of those celebrities who just refuse to succumb to industry and societal pressures. She has never gone under the knife and believes in aging the natural way as other Hollywood actresses who defied aging.. When asked about her views on plastic surgery, Julia mentioned how she has never had a facelift and in doing so she has risked her career per Hollywood standards. She reveals that she found peace when she was in her 40s with the help of Yoga and now believes in letting go of things that bring her down physically, mentally or emotionally.