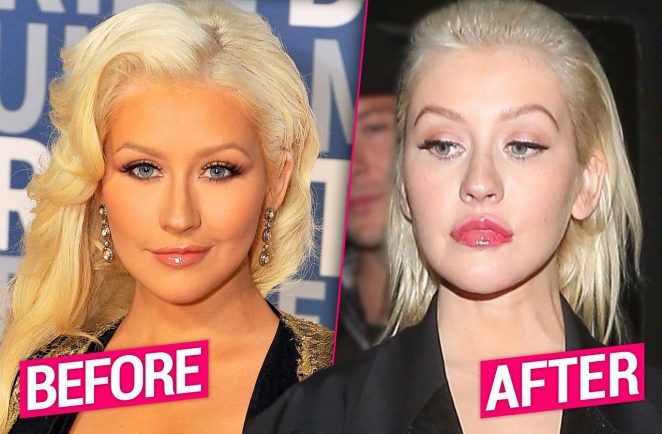 Take a look at Christina Aguilera now and you will not believe if she is the same 90s pop star who rose to fame with her midriff-baring dance in her music videos. It seems that the singer has not aged for the past 20 years. This reluctance to aging can be credited to face fillers that have helped her alter her lips, cheeks, and chin. It is also speculated that the iconic singer has had a nose job as well. It was her recent appearance on the Jimmy Kimmel show that sparked the rumors of extreme face fillers.