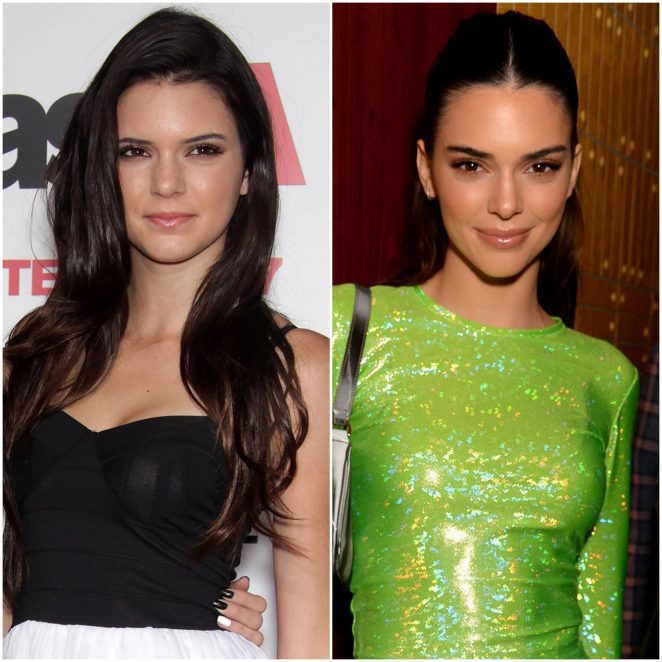 It is quite normal for so many of the Kardashian-Jenner siblings to be on the celebrities’ before and after surgery lists. After sisters Kim, Khloe and Kylie, Kendall has not been immune to plastic surgery rumors even though she has denied going under the knife and calls herself completely natural. However, her denial has not stopped fans from all over from speculating. No doubt she has grown up in the past 10 years, but certain aspects of Kendall’s face have changed in such a manner which the fans refuse to believe as natural. She is believed to have undergone rhinoplasty as her nose has slimmed down from before.