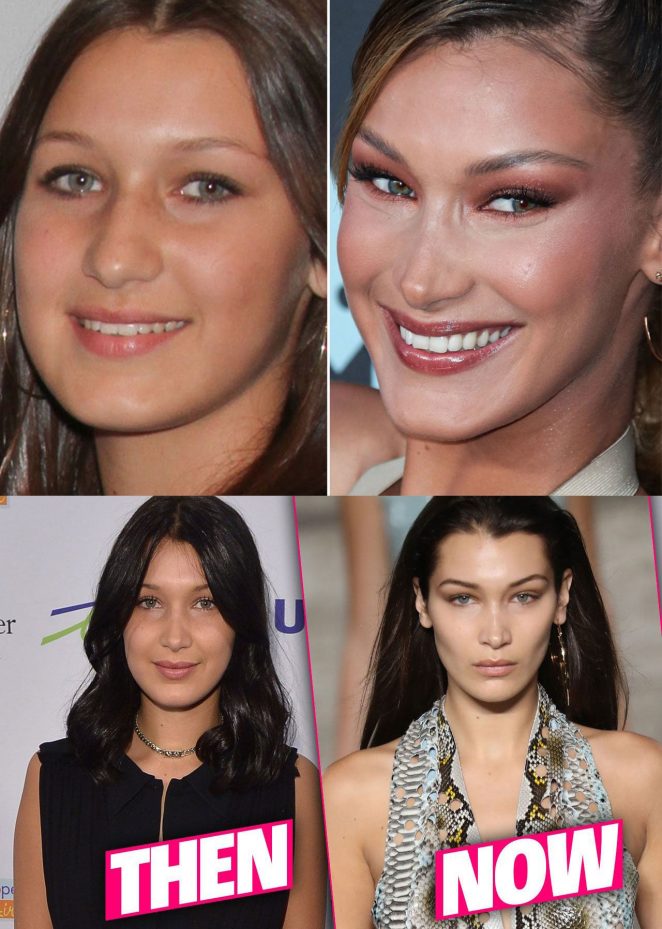 Bella Hadid is one of the most successful and one of the highest-paid supermodels of today. She has appeared in many campaigns associated with famous brands and walked the ramp for well-known designers. There have been speculations revolving around her different looks but Bella remains adamant that she is completely natural. She has been constantly denying rumors of having had surgery or even fillers. But the pictures of Bella Hadid before plastic surgery tell a different story. Some cosmetic surgeons hold a different view as well. It is largely believed that the famous model has had rhinoplasty and dermal fillers to alter her nose and jawline respectively.