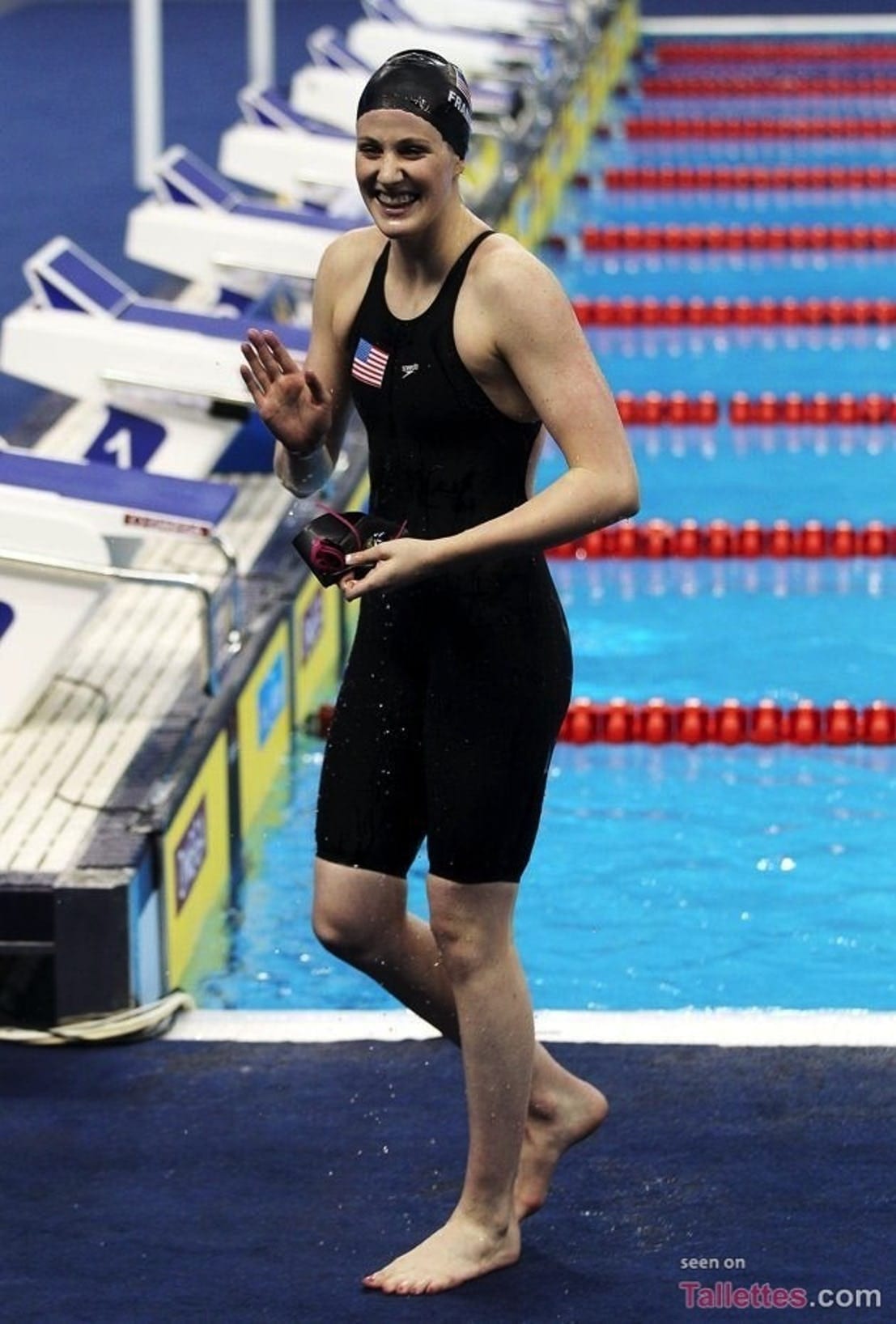 She may not be in the limelight as much as Michael Phelps is, but Missy Franklin is accomplished in her own right. The 21-year-old Canadian-American competition swimmer is a five-time gold medalist, currently holding the world record in the 200-meter backstroke (long course) and the 4 x 100-meter medley relay (short course and long course). Though she was born in the United States, Franklin’s parents are both Canadian, but she chose to represent the US, which she considers her homeland. The 6’1” swimmer’s shoe size is a whopping size 13, prompting her father to call them “built-in flippers.” Unlike many other women with big feet, she says she is proud of her foot size, despite the fact that it’s such a chore to go shoe shopping because “everything is so cute, but nothing ever fits.” She doesn’t let her shoe size deter her in the least.