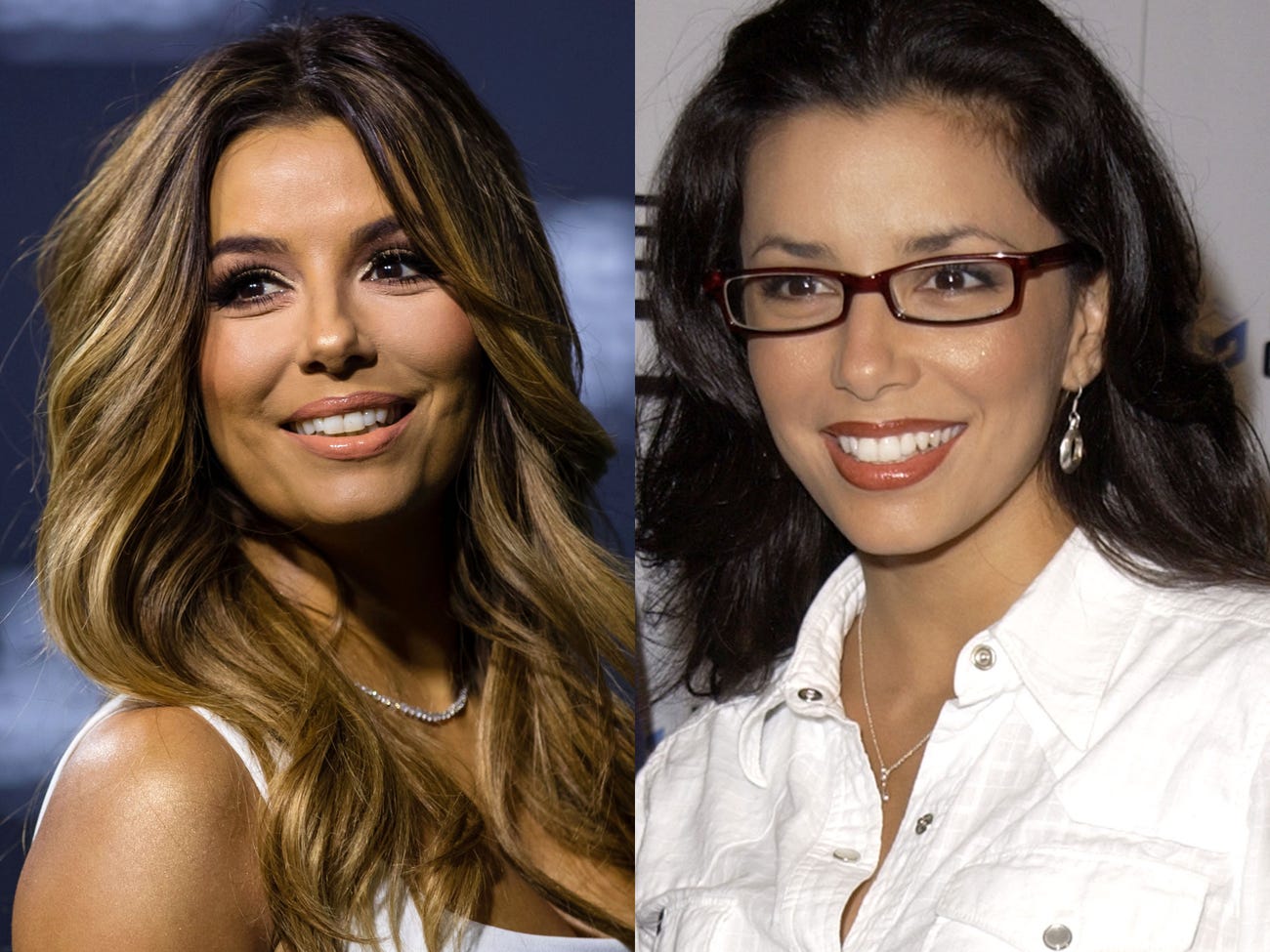 While there has been much speculation as to whether or not the 40-year-old Longoria actually needs glasses, it doesn’t matter either way in our opinion because she looks hot in these oversized black frames. Like Melanie C from earlier on our list, Longoria signed on with Specsavers to promote their glasses and, after much controversy over the validity of her claims, admitted that she’s been wearing glasses for over a year. Whatever the case, she definitely makes nerdy chic look good. Square and rectangular frames were big back then — now it’s all about the circle frames.