The man with the famous ‘stache. Private investigator Thomas Magnum from Magnum P.I., Tom Selleck made a name for himself on the small screen. 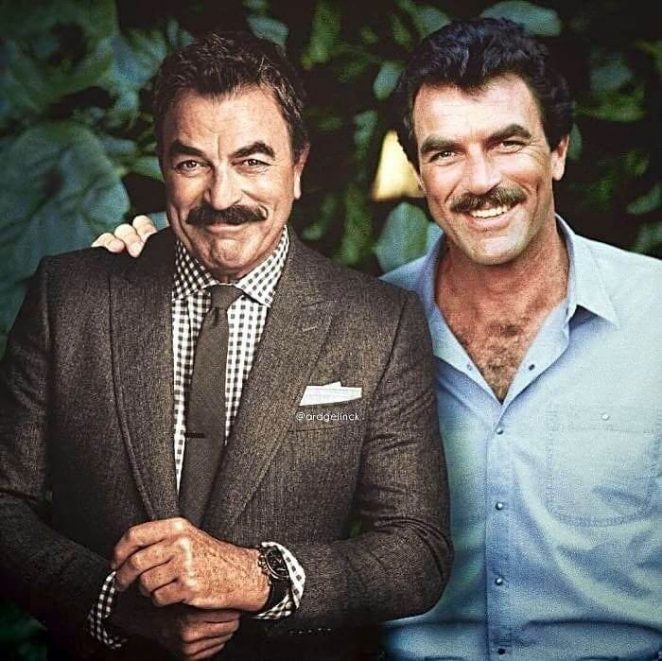 He appeared on Friends for quite a few episodes. Most recently, he has starred in Blue Bloods on CBS since 2010. That mustache has aged well.